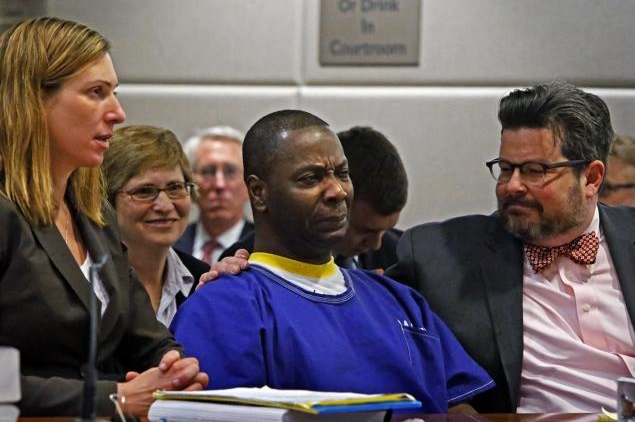 Los Angeles resident Kash Delano Register has been cleared of all charges and released from jail 34 years after he was originally found guilty of a 1979 murder and sentenced to 27 years to life in prison.

Register was accused of the murder of 74-year-old Jack Sasson in 1979, and was found guilty mostly due to the eyewitness testimony of Brenda Anderson, who incorrectly depicted Register as the killer. Evidence supporting Register’s innocence include two of Anderson’s sisters claiming that she had lied and the police’s inability to find any of Register’s fingerprints on Sasson or his car.

Keith Chandler, a friend of Register, wrote a petition to provide Register with an attorney and he was able to meet with a team of students from Loyola Law School’s Project for the Innocent. On Thursday, Nov. 7, that group presented a new case to Judge Katherine Mader of the Los Angeles Superior Court, who ruled that the “prosecution had failed to disclose exculpatory evidence and used false testimony.”

Isabella Fortier, a local student who is an experienced member of North Hollywood High’s Mock Trial team, says that Register’s treatment by the system is indicative of a problem.

“The fact that he was sentenced to prison for so many years without proper evidence to convict him shows a severe degree of racism within our court system,” she commented, adding that the case was also never immediately re-examined after the original testimonies were deemed false.

Statistics agree with Isabella. According to a report by the Department of Justice, African Americans are twice as likely to be arrested in an encounter with the police than Caucasians. The US Sentencing Commission says that African-Americans receive sentences that are 10% longer than white offenders who are convicted of the same crimes.

“I can’t be angry, everyone makes mistakes, it’s the system and mistakes are made, I’m just happy it’s being corrected today.” Register said after his release. “It’s a beautiful thing, finally after 34 years.”