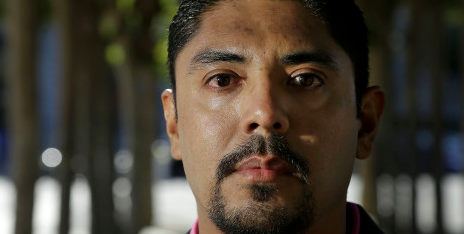 Sergio C. Garcia, an undocumented immigrant vying for a license to practice law in California, took his case to the California Supreme Court a few months ago with abetment from the state’s attorney general, Kamala Harris. The court vacated the case when Gov. Jerry Brown signed Assembly Bill 1024 permitting illegal immigrants, like Garcia, to practice law in the state of California provided that they attend law school and pass the state bar examination.

Though the bill in Garcia’s favor was signed into legislation, inconsistencies in state and federal laws make it uncertain that Garcia will be able to practice law in the US.

Garcia was born in Mexico, lived in the US until the age of 9, returned to Mexico with his parents and illegally re-entered the US in 1994. At 17, Garcia lived in Chico, CA where he worked at a grocery and published a book to support his law school education. He was sponsored for a green card and his application was approved, but he has yet to receive it. Though Congress may pass the Development, Relief and Education for Alien Minors (DREAM) Act, a bill guaranteeing permanent residency for immigrants who arrived in the U.S. as minors, the 36-year-old Garcia is too old to gain residency through the law. He has refused a law license by the U.S. Department of Justice due to his undocumented status.

The curiae also mentions the fact that Garcia’s admission to the bar has no bearing whatsoever on the issue of whether federal laws allow an alien to be lawfully employed in the US. In other words, while Garcia has certainly proved himself capable of contributing to society, the issue of whether an alien has earned his or her place in society is disparate from the main issue at hand.

According to federal law, state governments have the power to pass laws, such as Bill 1024, to override the public benefit regulations outlined in the act passed by Congress. Thus, in theory, Garcia has the right to lawfully gain a law license. However, according to the same federal law, private or public firms cannot hire an undocumented immigrant who has unlawfully entered the U.S.

In 1996, Congress passed the Personal Responsibility and Work Opportunity Reconciliation Act that fixed the “public benefits” granted and prohibited to certain categories of aliens, unless a state enactment stated otherwise. Thus, federal regulations on the grants of “professional licenses, contracts” can be nullified by state law. However, the law also states that employment authorization is determined solely by federal law.

So, although the state asserts its power to grant legal licenses and the state court has ruled in favor of Garcia, Garcia is unable to be legally hired here in the US without breaching law.

The inconsistencies inherent in the system have led to a convoluted and controversial case. The state has ruled in favor of Garcia and has set precedent for immigrants from other states. For now, California remains the only state to have passed a bill allowing aliens to gain law licenses, though federal policies continue to interfere with the sovereignty of the state’s ruling and legislation.