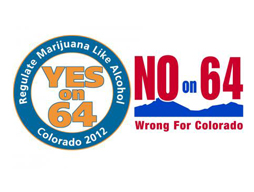 Attitudes about marijuana are changing, and last month Washington and Colorado became the first US states to legalize recreational use. Yet while cannabis proponents say the plant will be a boon for governments and business, there are obstacles to achieving these economic highs.

Cannabis supporters have argued that taxation of marijuana will bring needed funds to state governments in the same way that taxing of alcohol did after the repeal of the Constitution’s 18th Amendment, which prohibited alcohol. Unfortunately, taxation has been made difficult due to the “caregiver loophole.”

Marijuana caregivers in Colorado are allowed to sell medical marijuana to five patients at a 2.9% tax rate, whereas recreational dealers must pay a 25% rate. The Denver Post claims that about 5,000 growers are taking advantage of this by producing marijuana as caregivers but illegally selling to as many as 100 recreational customers at the tax rate meant for medical patients.

Therefore, the state has not been getting as much revenue as it should receive. Despite these illegal tax breaks, the loophole puts Colorado lawmakers in a difficult position because closing it would raise the cost for those who have doctors’ prescriptions for cannabis.

Another argument in favor of marijuana is that it could be good for entrepreneurs.

Companies such as Advanced Cannabis Solutions (ACS) have experienced success producing cannabis-based medicinal products for the 20 states that have legalized medical use, and Bloomberg Businessweek reports that ACS stocks skyrocketed 447% in the three weeks after recreational legalization in Colorado and Washington. Newsweek projected similar increases in the stocks of GrowLife Inc., Cannabis Science Inc., and Medical Marijuana Inc.

However, experts question the stocks. The Financial Industry Regulatory Authority, an organization started by Congress to protect investors, even issued a warning on January 10 advising investors to be wary of scams and volatility in the new industry.

“The sudden surge of prices makes investors hesitant to put money into such a volatile subject,” explained West Ranch High School Economics teacher Linda Cox in an interview with JSR. She continued, “There could be a fraud case where the stock is purposely inflated by company publicists and sold off at ridiculous prices.”

Some worry that this instability could undermine the motivation for growers to produce marijuana legally. According to an interview with a dealer conducted by The Pueblo Chieftain, it may be more profitable to deal drugs on the street than to produce them for an unstable company.

Time will tell if the promised economic benefits of legalization will be fulfilled.