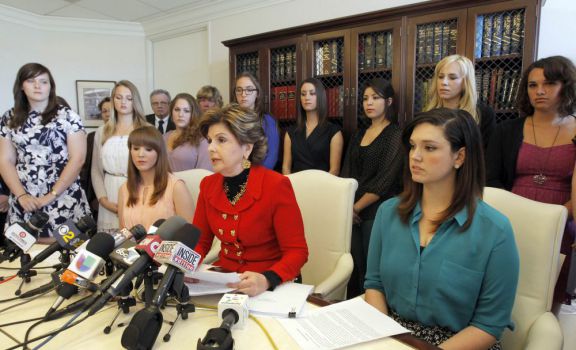 On Sept. 19, Occidental College in Los Angeles settled a lawsuit with female students who had sued the school over its handling of sexual assault cases. The women alleged that school officials did little to stop sexual assault or punish those responsible for it and even tried to discourage alleged victims from issuing complaints.

Leah Capranica, now 22 years old, was sexually assaulted by another student as a sophomore at Occidental. According to LA Weekly, officials told her that her case “wasn’t really that serious.”

School officials undertook an investigation into Capranica’s alleged rapist and uncovered other allegations against him. Yet he was punished with a suspension and was allowed to return to school soon afterward. Danielle Dirks, an assistant professor of sociology, says that many of her students visited her to tell her that they were “hurt and betrayed by the administration” that the school did not take a more severe action.

In response, students and faculty who were critical of the administration’s treatment of the situation formed the Oxy Sexual Assault Coalition and filed federal complaints against the college. The suit drew the attention of students on other campuses, a well.

UC Davis sophomore Susan Lee said in an interview with JSR, “I don’t understand why the officials [would treat] this as a trivial matter. These problems are serious and deserve a stronger reaction from everyone.”

In the midst of the furor, Occidental president Jonathan Veitch admitted to LA Weekly, ”When we get these cases, we need to do a better job of investigating them, adjudicating them [and] responding empathetically to the students that have been violated…”

In addition to settling the lawsuit for an undisclosed amount of money, the school has revamped its sexual misconduct procedures, created a 24-hour help hotline for students and dismissed Carl Botterud, a university official specifically implicated in the lawsuit for his disparagement of sexual assault victims and their supporters.