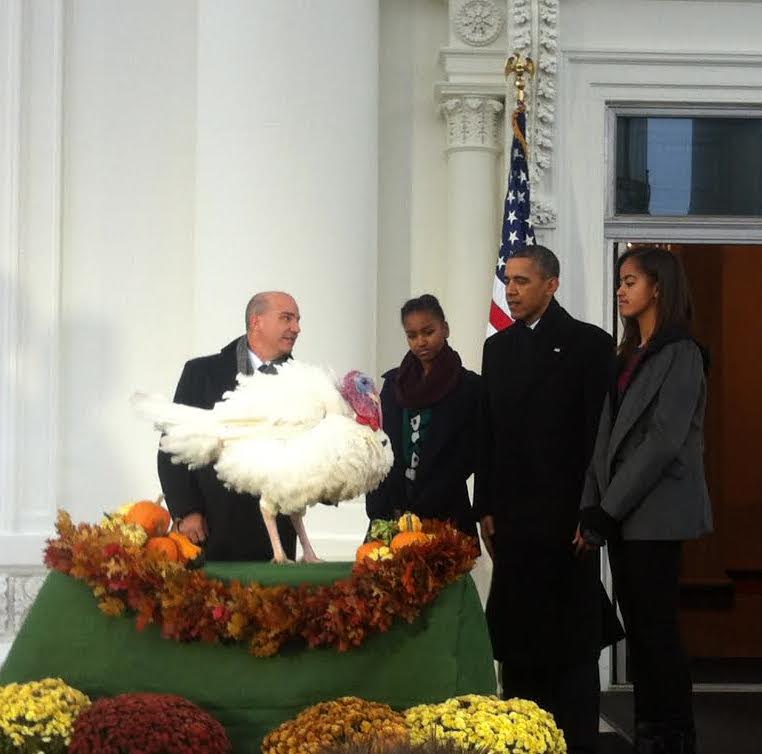 The National Thanksgiving Turkey Presentation has been held since the Truman administration. Every year, the president is presented with a live turkey specially domesticated for the event. The tradition of pardoning the turkeys started in 1989, when President George H. W. Bush used his presidential pardon to save a turkey from being slaughtered for the first time. Since then, the succeeding U.S. presidents have pardoned numerous turkeys.

This year, two 38 pound turkeys, Caramel and Popcorn, competed for the title of National Thanksgiving Turkey. Voters could go on the White House website to view the two turkeys. Listed below the turkeys on the website were their dates of birth, genders, weights, heights, walking forms, gobbling sounds, favorite foods and favorite songs. According to the site, Caramel’s favorite song is “Bad Romance” by Lady Gaga while Popcorn’s is Beyonce’s “Halo.” After observing these qualities and statistics of the turkeys, the participants voted for their favorite turkey through Twitter, Instagram and Facebook.

Many local students were pleased by the light mood shown by the tradition at the White House.

“I am glad to see the White House taking even a very short break from the politics and enjoy the national tradition. It was also fun to see the turkey race,” said Alex Hoevelkamp, a senior at Woodbridge High School.

Some saw deeper meaning in the tradition.

“Although it may be too much of a stretch, the voting system for the two turkeys once again reminded us what this nation cherishes the most, democracy,” stated Hilary Lim, a senior at Woodbridge High School.

Popcorn was declared the winner, but Caramel was also pardoned and had his life spared as well. The two turkeys will spend Christmas and New Year’s Day at George Washington’s historic home at Mount Vernon before finding permanent residence at Morven Park in Leesburg, Va.