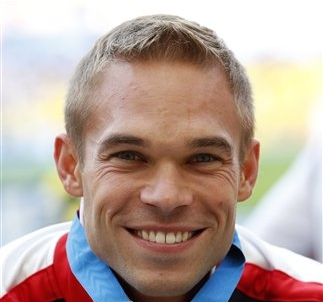 The installation of Russia’s anti-gay laws, which strip the rights of lesbian, gay, bisexual, and transgender (LGBT) individuals, shows that governmental discrimination is still present throughout the world.  In response to the law, international public figures have stepped up in protest.

The most recent of the laws, passed unanimously by President Putin and the legislature, is the banning of “homosexual propaganda to minors.” The law is very broad in its definition of propaganda: 24-year-old Dmitry Isakov, for example, has been charged for holding a sign in public that read, “Being gay and loving gays is normal. Beating gays and killing gays is a crime!”

Although homosexuality was removed from the Russian list of mental illnesses since 1999, same-sex unions and marriages are illegal. According to the New York Times, “Russia remains a country where discrimination and even violence against gay people are widely tolerated.”

With the recent anti-gay law, more attacks are being reported against gay or suspected gay individuals. Yet many people are speaking out against the laws in an effort to draw attention to Russia’s problem.

US runner Nick Symmonds, while participating in the World Track and Field Championships in Moscow on Aug. 14, dedicated his silver medal to his LGBT friends at home and became the first athlete to openly criticize the propaganda law on Russian soil.

Following suit, Swedish sprinter Moa Hjelmer and Swedish high jumper Emma Green-Tregaro competed for their events with rainbow-colored nails, although Tregaro painted them over when warned by the International Association of Athletics Federations (IAAF) that she could be stripped of her medal for violating their code of conduct.

Andy Cohen, who had been slated to co-host the Miss Universe Pageant, decided not to appear at the event because it was to be held in Russia. He stated that he “didn’t feel right stepping foot into Russia as a gay man.”

In a letter declining a position as guest of honor at the St. Petersburg International Film Festival, TV star Wentworth Miller publicly disclosed his sexuality for the first time, stating that “[I cannot] participate in a celebratory occasion hosted by a country where people like myself are being systematically denied their basic right to live and love openly.”

The 2014 Winter Olympics, which are to be held in Russia, may serve as another platform for protest against the anti-gay laws. Openly gay actors Stephen Fry and George Takei have advocated the boycotting and relocation of the event, as have many observers around the world. The Russian government has been steadfast in saying that it will enforce the laws throughout the Olympics.

While the establishment of these laws highlights the struggles of the LGBT community in Russia, the open support of these public figures gives hope to those who value basic human rights.