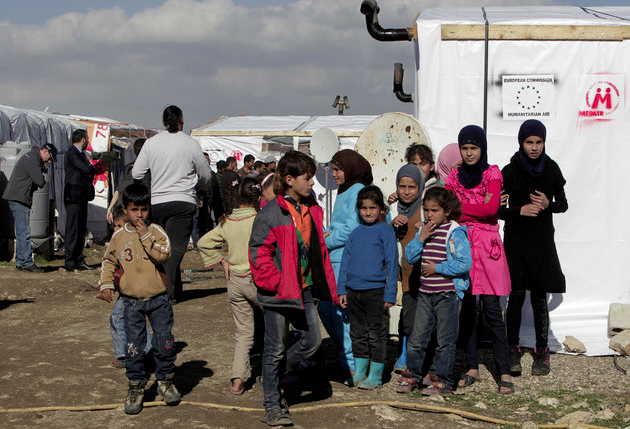 Syrian refugees don’t only have to deal with escaping from war and dealing with difficult politics in Europe and Northern Africa. They are also coming into countries that operate using different languages than their home countries, creating educational and sociological disadvantages.

I have empathy for them because I faced similar challenges when I first came to America from Korea; for this article, I talked to some other international students for their perspectives as well.

Lebanon, located to the west of Syria, is offering educational opportunities for refugees. Yet, according to The United Nations Children’s Fund (UNICEF), such programs currently cover only 5450 children and face a funding gap of around $1 million. And though some Syrian refugees have been fortunate enough to access education in Lebanon, the sudden transition is causing problems.

According to Integrated Regional Information Networks (IRIN), the Syrian school system is entirely run in Arabic. Yet Lebanese schools teach math and science in either English or French, languages few Syrian refugees understand.

Like these refugees, I went through a sudden transition when I moved from South Korea to the US. Like the Syrians who are fortunate enough to get education, I was grateful for the fact that I could have much more opportunities; however, there were difficulties. Even though I enjoyed learning English in South Korea, I didn’t come to America with the proficiency to comprehend all classes fully and speak without mistakes. When I first came to class, I was timid and felt as if my tears would come out any time.

According to Maria Lantyer, another international student, adapting to school with a new language is not an easy process.

“When I first came to the US, I had to make extra effort to learn how to speak English. Even though I learned English in Brazil, it was just one hour in the whole day,” Lantyer told JSR.

When asked about Syrian refugees, she said, “I was once in the position of Syrian refugees who have to desperately learn new languages. Since I had to make extra efforts in terms of learning a new language, I understand how they feel.”

Language is only one obstacle these students face. Transferring schools from Syria to Lebanon also causes confusion of curriculum and grades. According to IRIN, a recent assessment by UNICEF and Save the Children found that many Syrian children are being placed in lower grades than their Lebanese peers.

These complications are causing refugees to leave school. IRIN reports that many Syrian children over the age of 11 have dropped out of school and are trying to find jobs in agriculture or construction work.

“[When I learned about the Syrian refugee crisis,] I felt especially empathetic for people at my age [because they have problems attaining education]. I believe that education helps students pursue their careers. Especially in this case, they strongly need education [to have the ability] to return to their home country,” Thao Hua, an international student from Vietnam and a senior at Brea Olinda High School (BOHS), told JSR.

“[Parents] want to ensure their children have hope for the future and they want to be well-placed nearby for their eventual return to Syria,” he wrote. “I urge the world to come to the aid of our troubled country before it’s too late.”