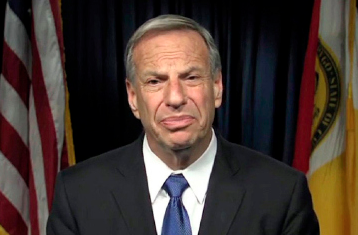 Young San Diegans are weighing in on the controversy surrounding Mayor Bob Filner, who is facing pressure from the local Democratic Party and others to resign amid allegations of sexually harassment against several women.

Irene McCormack, the mayor’s former communications director, filed a sexual harassment lawsuit on Monday, July 22. The suit alleges that Filner was physically aggressive with her, made sexual advances towards her, and even asked her to work without her undergarments. The accusations were championed by several women who had similar experiences with Filner, including the chief operating officer of a former mayor and a San Diego Unified School District psychologist. While Filner has said publicly that he has “failed to fully respect” the women he has worked with in the mayor’s office and during his two decades in the US House of Representatives, he has refused to resign from office and said in a statement that he will defend himself “vigorously.”

In interviews, a group of rising juniors at Scripps Ranch High School expressed a variety of opinions about the scandal.

According to Alena Quy, who had a quick encounter with the mayor earlier this year during a charity event, the accusations are surprising.

“He was a nice guy at the time, letting me take a picture with him even though he was busy,” she said. “[The scandal] makes me feel kind of uncomfortable, but you wouldn’t think of that if you had met him before anything happened… [he did not] seem like the type to do such a thing.”

Another junior, William Hang, says that he will withhold judgment for now because the mayor has not been proven guilty of anything.

“People need to have a holistic approach on Filner and incorporate both his personal and political history,” said Hang.  “We won’t really know what happened until it’s brought to the courts.”

However, native San Diegan Anjana Srinivas said that she supports the mayor’s removal.

“When someone holds an important position in the government they are even more responsible for their actions because they’re a role model for many people,” Srinivas said. “So it’s best if Filner resigns so that people in the future understand the consequences of such behavior.”

Srinivas also expressed concern over the prospect of gender equality in the workforce. “I am worried by the fact that women are being treated disrespectfully in professional settings,” Srinivas shared. “I’m concerned for my future in a professional environment.”

Though a weekend poll from 10News/The San Diego Union-Tribune shows that 67% of San Diegans agree with Srinvas, Mayor Filner  has expressed hope that he will be “forgiven” in the eyes of San Diegans after undergoing therapy.