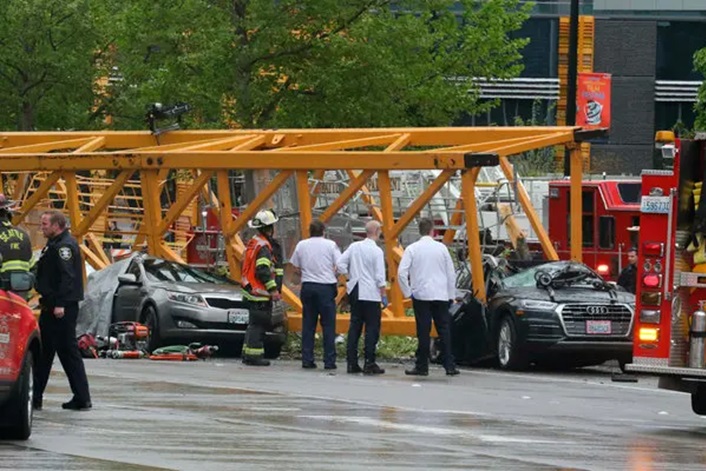 At approximately 3:30 pm on Saturday, April 27, 2019, a construction crane fell in Seattle, Washington, killing four people. This crane had been working on a Google office building, and allegedly fell over partly due to gusty winds. The crane fell onto Mercer Street, a crowded area in Seattle and four people were killed in this accident. Two construction workers and two civilians fatally lost their lives, one of them being a freshman at Seattle Pacific University.

Sarah Wong was a nineteen-year-old attending Seattle Pacific University. She had been studying to become a nurse, and was originally from South Pasadena, California. Many of her college friends described her as a kind, caring, and positive individual. Students at South Pasadena High School and citizens of South Pasadena  mourned the loss of their classmate and friend. Wong had been in an uber with her friend, but she was the only one to get hurt. Her friend, on the other hand, was left completely unharmed, but scarred by the events.

Another victim was 71-year-old Alan Justad, a retired city employee. Like Sarah Wong, he was in a vehicle when the crane fell onto it. According to US News, Justad had been the deputy director of the Department of Planning and Development for decades.

The remaining two victims were two ironworkers who had been working on the crane during the accident, and tragically passed away. They were 31-year-old Andrew Yoder and 33-year-old Travis Corbet.

Although the exact cause of the crane collapse has not yet been revealed, there are many speculations saying that it might’ve been an error during the crane dismantling process.