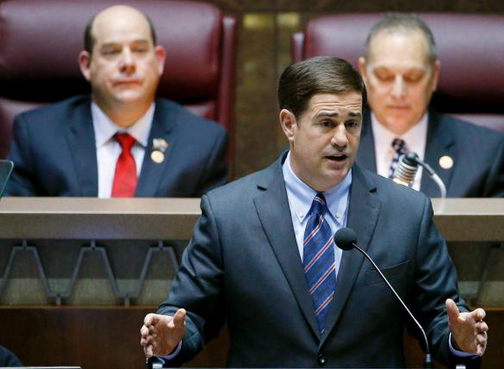 On January 16, Arizona Governor Doug Ducey signed a bill passed by the legislature stipulating that by 2017 it will be mandatory for high school graduates to pass the US Immigration and Naturalization test, making Arizona the first state in the US to require the civics test for graduates.

The test will consist of 100 questions covering basic knowledge of American government and history. Students must answer 60 correctly out of 100; if they fail, they can retake it until they pass.

Some students in other states hold an unfavorable opinion of the civics test.

“I would be upset if I were required to take the civics test,” Rebecca Hower, a senior at Hudsonville High School in Michigan, told JSR. “I wasn’t prepared enough through school to take it.”

Jane Lee, a sophomore at Seton Catholic Central High School in New York, said, “People should know the basics of government and history but shouldn’t have to be tested.”

Yet support for the American Civics Act is growing. Advocacy groups including the Joe Foss Institute say the tests augment students’ knowledge of government and politics and prepare them to be engaged citizens, and supporters hope it will one day be mandatory in all states.

“The citizens of America need to have basic knowledge of government so they can be prepared to vote,” Carley Phillips, a sophomore at Cincinnati Christian High School in Ohio, told JSR.

Esther Yang is a new student in JSR.