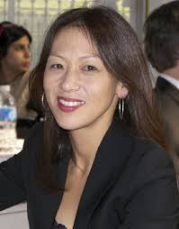 Amy Chua, who made international news in 2011 with her controversial book on Asian parenting, “Battle Hymn of the Tiger Mother,” is making headlines again with her new book “The Triple Package.” Local Asian American students have expressed varying degrees of opposition and support when discussing Chua’s controversial book, which was released on Tuesday, Feb. 4 by Penguin Press.

Written by Chua and her husband Jed Rubenfeld, the book discusses the three characteristics – superiority, insecurity, and impulse control – that, according to Chua and Rubenfeld, allow certain groups to find greater success in society in terms of occupation, test scores, and income. The authors claim to have used “groundbreaking research and startling statistics” in identifying the factors that have driven these groups to success.

Chua and Rubenfeld, both professors of law at Yale University, identified the ethnic groups that are viewed as “superior:” Chinese, Indian, Jewish, Iranian, Lebanese-Americans, Nigerians, Cuban exiles, and Mormons. Critics, however, have said that the book marks a step back for many Asian Americans by sending an arbitrary racist message to ethnic groups.

Mary Kim, a junior attending Scripps Ranch High School (SRHS), expressed her belief that the Tiger Mom is making “hasty conclusions” that are not reflective of Asian Americans.

“It’s actually pretty embarrassing for Asian Americans as a group to have somebody like Chua who seems obsessed with this question of race in regards to success,” stated Kim in an interview with JSR. “It’s not about race; it’s about who you are, what type of person you are. Race shouldn’t be in the question.”

Kim was among many others who shared that race was irrelevant in determining success as success is correlated with individual initiative as opposed to racial background. One student, however, did say that she partially agreed with Chau’s sentiments.

Anjana Srinivas, a junior at SRHS, said in an interview with JSR, “I partially agree because factors that drive people to success are usually determined by encouragement and push from people around them, mainly parents. This seems to be more common in some ethnic groups because their culture places a huge emphasis on success.”

Yet Srinivas does not completely agree with the Tiger Mom.

“It is not ethnic background that determines this,” Srinivas stated, “but rather family members and friends.”