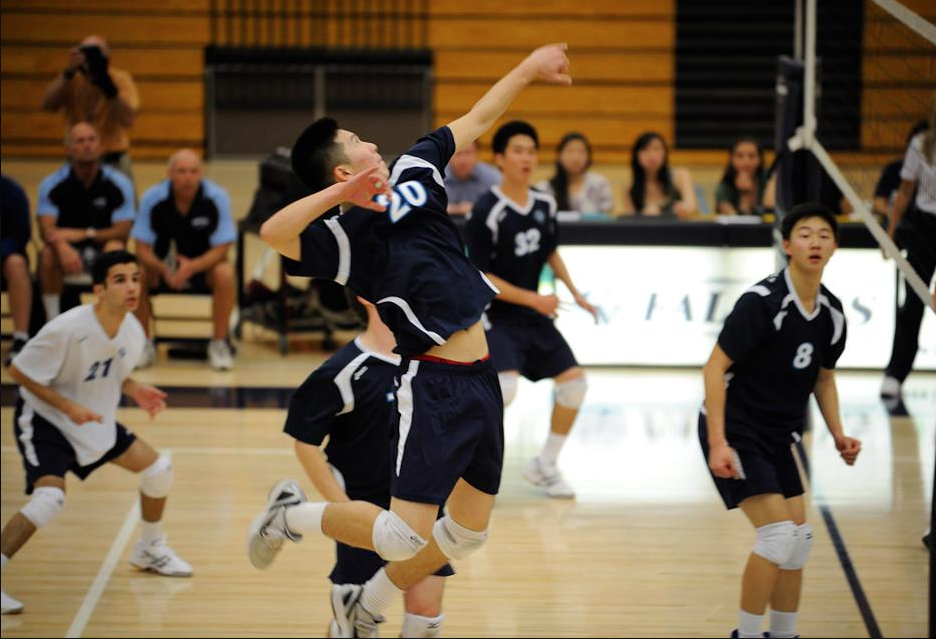 For some students, high school is a stressful time of balancing academics and extracurricular activities. However, for 18-year-old Crescenta Valley Senior Alex Shin, academics are not all that high school has to offer.

Alex is currently the captain of Crescenta Valley’s Boys Varsity volleyball team with four years of playing experience. Starting his freshman year at Glendale High School, Shin played on junior-varsity as captain and received the Most Valuable Player award. He then transferred to Crescenta Valley as a sophomore and continued his volleyball career.

In a recent interview, Alex said that his junior year was “definitely the highlight” of his experience. That year, he enjoyed “being part of the most prominent team in the history of Falcon volleyball…, advancing to playoffs and receiving the Most Improved Player award.”

Although playing on a team can be rewarding, hard work is key to success. The fun and exhilaration of the game is what keeps Alex going through the workouts that start in the beginning of summer and the long practices that occur every day after school.

This season, the Falcons have to overcome some obstacles. According to Alex, this year’s group ““lacks the chemistry essential for a team.”

Regardless of the team’s current 2-2 record, however, Alex is confident that his team can make it to playoffs. “Although we lost many games that could have easily been won,” he says, “it is through those moments I realize that as captain and the leader of the team, it is my job to step up and make things right on and off the court.”

Alex’s leadership doesn’t just stop at the team-level, but extends to his younger brother, Eric Shin, 15, a Sophomore on the junior-varsity team. Eric says, “My brother is definitely a leader, whether he is on the court or at home. He taught me to love the game the moment he first played with me,” he says. “Even though he has homework to do after practice or games, he always coaches me and teaches me new strategies.”

Alex’s passion for volleyball continues to grow, despite this season being his last. He wishes the best for the future of CV volleyball and leaves behind a great legacy for the rest of the volleyball players.

“The most valuable lesson I learned through volleyball is that in certain situations, you need to depend on others,” Alex says. “Sometimes, you can’t accomplish things on your own.”