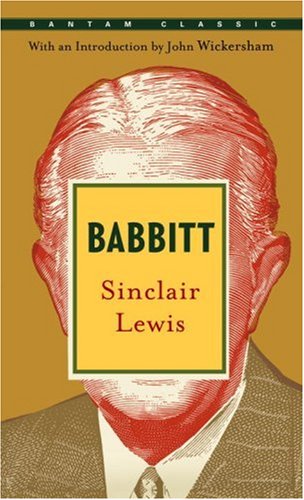 Despite its age, “Babbitt” by Sinclair Lewis is a lasting portrait of an age in American history, as well as a portrait of a man who searches for a deeper purpose and satisfaction in life.

The novel circles around the life of George F. Babbitt, a successful real estate agent. In the middle class society of 1920s America, Babbitt seems to have everything. He owns a house and a car, has a top position in a business firm, and has a happy family. He has won the acceptance of his peers through his stanch support for business, capitalism and the Republican Party. Despite all the success, Babbitt starts to see his life as only an elaborate façade over the emptiness within himself. Unable to bear the weight of his fake life, Babbitt seeks escape, and though he seeks escape by associating with different people and joining different organizations, his frustration continues, eventually leading Babbitt to question who he truly is.

The theme of the book, searching for meaning in a materialistic society, is present throughout the book, and is still relevant for current readers. Although meant to be a satire on 1920s America, this novel can be considered a satire on American culture in general, as Americans still believe that economic excellence will guarantee happiness.
The story is realistic, illustrating scenes of everyday life in its full color, so it does not have many exciting plot turns or surprises. But even so, it is the characters that drive the story. Babbitt’s endearing relationship with his children, his deep friendship with Paul Riesling, and his moments of thoughtful reflection will earn the sympathy of readers. The younger characters, Babbitt’s children, shine with innocence and hope that will catch the eyes of readers.

There are weaknesses to the novel however. The dialogue is somewhat outdated, filled with 1920s slang and idioms, and much of the dialogue does not push the story further, but rather illustrate everyday life. The female characters, Babbitt’s wife in particular, are rather flat and take a small presence in the plot. Babbitt’s business associates all share a business-oriented, status-driven character, but have few characteristics that set apart one person from another.
Babbitt is an American classic that continues to question the nature of American culture. Despite its flaws, the novel is still an enjoyable novel about the development of a character.