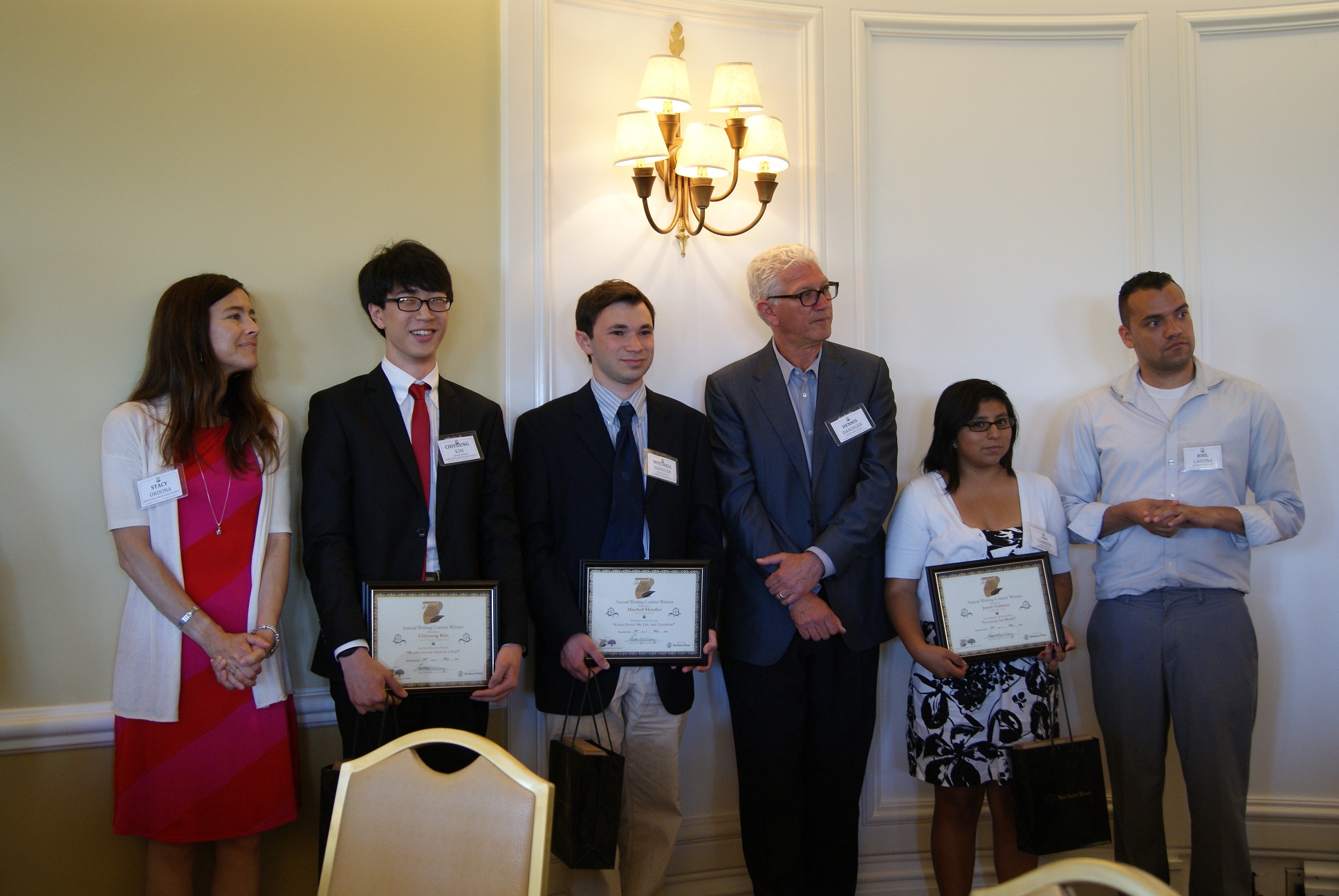 On May 22, members of the Beverly Hills Literary Society met at the Beverly Hills Hotel to celebrate the last luncheon of the 2011-2012 season and to listen to author Simon Sebag Montefiore speak about his work “Jerusalem: The Biography”.
Founded in 2000 and in its 11th season, the society, which is co-sponsored by Northern Trust, allows people to interact directly with writers and poets. Bringing together people from all over Los Angeles, the May 22 luncheon began with a lunch, showcased a presentation by Montefiore on his work, and ended with a book signing.
In his presentation, Montefiore, who had previously published books on Russian history, described the reasons for his search for the history behind Jerusalem, which was, as he described, “buried under lies and myths.” He spoke about the various factions who wanted to have Jerusalem and about the various human factors that tied into the big picture, or the whole history of Jerusalem. “Tolerance” was his simple answer to a question about what his book’s underlying message was. “This book chronicles the tragedies and triumphs of various people,” Montefiore said. “To get a full grasp on history, we need to look at the world through other eyes.”
Every year, around six high schools are invited to the luncheons, and each school comes for one meeting. A different author comes to speak at each, and also talks about the motives behind the work that is showcased at the luncheons. Coming in groups of eight, the students have conferences with the author and get a chance to learn more about the author’s work and life. The students who go to a Literary Society luncheon can enter an essay contest in which they write about various topics, ranging from short stories to essays about what works of literature impacted their lives. This year, students from three schools, North Hollywood High School, Venice High School, and Garfield High School won the top three cash prizes, which were $2000, $1000, and $500 respectively. The top fifteen students overall each won a Kindle Fire, a case for the Kindle Fire, and a $50 Amazon gift card. The top three winners were recognized and given awards and plaques at the meeting.
One of the best parts of the Beverly Hills Literary Society, said Susan Mallory, its head, is “hearing the authors speak about books. It gets students passionate about reading and learning.”
Stacy Ordoña, an English teacher at North Hollywood High School who is one of the teachers from her school who takes students to the Beverly Hills Literary Society, agrees with Mallory. Moreover, she says, “it shows that people still do value reading and that it is a valuable way of communicating. This is something we can share with others and students can learn what it means to be a writer, a historian, and a teacher.”