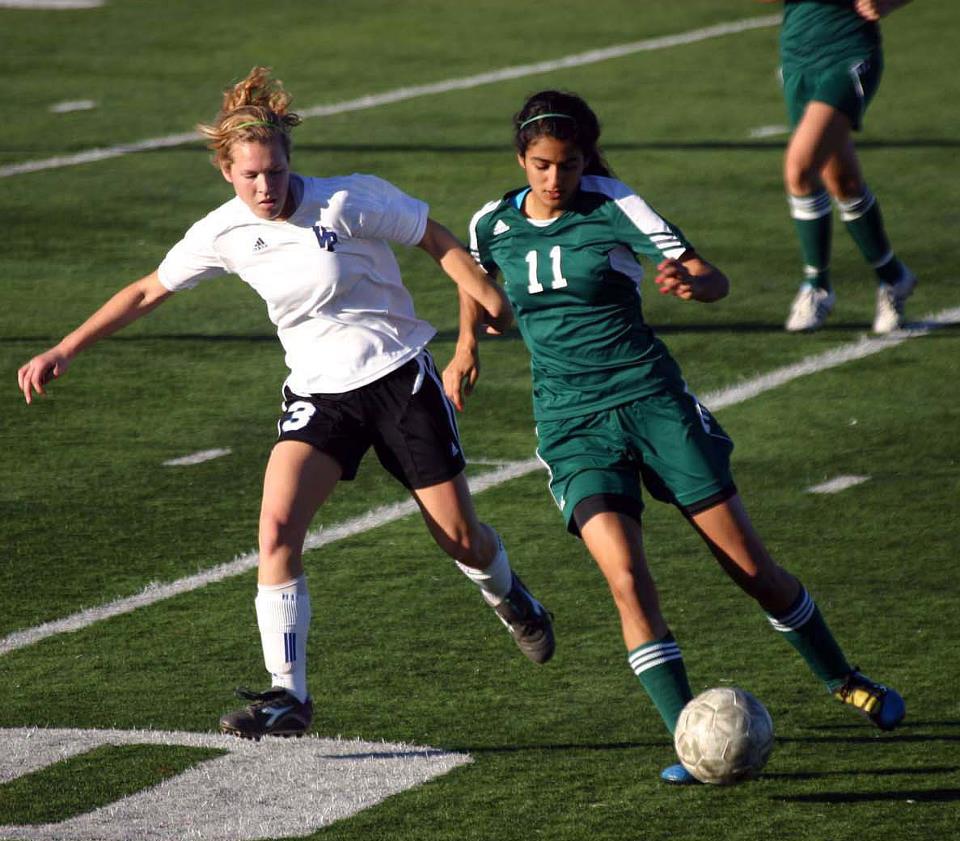 At their 2012 Annual Meeting on Feb. 7, the American Academy of Orthopaedic Surgeons (AAOS) presented research that found female youth soccer athletes have an increased risk for irregular menstruation. Moreover, these soccer players have a higher risk for a stress fracture or ligament injury.

The assessment was done on the framework of the Female Triad in Soccer Athletes. The triad consists of the three largest causes of weakened performance and long-term health problems: menstrual dysfunction, eating attitudes, and stress fractures.

220 women athletes of median age 16.4 (from teens to college players) were surveyed and interviewed about their history of first and continuing menstruation as well as their history of muscular and skeletal injury. A separate questionnaire (the Eating Attitudes Test) was concerned with the athletes’ body image and attitude towards eating.

nt of the athletes, while 14 percent reported a history of stress fractures (often in the ankle and foot). However, the athletes seemed to be solid on appropriate body perception and eating attitudes, with only one athlete receiving a “high risk” result and 16 athletes with a “potentially high risk” result.

“Elite female soccer athletes are at risk for delayed onset of menarche, menstrual dysfunction and stress fractures, which may be due to an imbalance of energy intake and output,” said Robert H. Brophy, MD. “More research is needed to identify the underlying causes and potential remedies…”

Although previous studies have already shown how soccer has a higher injury rate than many other contact sports, this report from the AAOS is one of the first to address specifically how there may be other long-term health issues for women.

Considering that there is nearly 1.5 million female youths involved in competitive soccer in the United States alone, there was sure to be a ripple of concern amongst both parents and teens.

“If the report is true, I’d rather have my daughter play a sport different than soccer,” said mother of two, Young Sook Chang. “The point of exercise is for the child’s health, and I wouldn’t want to put my children in risk of putting that in danger.”

However, there remained some who remained in defense of the sport.

“There are always risks involved in sports, not matter what you play,” said sophomore Michael Fu. “If [my child] wanted to play it I wouldn’t stop them just because of a small risk.”