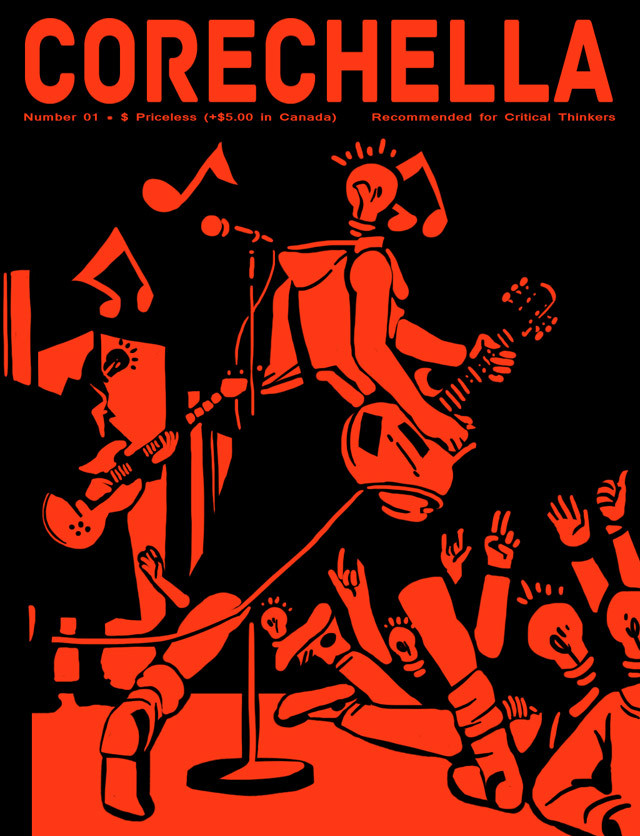 The event is hosted by the school’s magnet program, which is often called Core. Begun in 2011 and modeled after the Coachella festival, COREchella is an annual concert that has become the highlight of the school year.

Each year, COREchella invites a celebrity to help make the night even more special. This year, the school welcomed former Cleveland student Joey Diggs Jr., a member of the band Midnight Red. Last year, Cleveland warmly welcomed Max Greenfield from FOX’s New Girl. Although he couldn’t make it again this year, Greenfield mentioned Cleveland on The Tonight Show to show his support.

At the event, attendees heard music ranging from rock to hip hop and jazz. The bands included students from Cleveland and other schools as well as teachers and alumni.

“I really enjoyed all the bands that performed at COREchella. It was really exciting and I was able to see a lot of talented people,” says Michelle Shahryar, a tenth grader.

In addition to the musical offerings, COREchella invited food trucks to provide the hungry audience with delicious meals and desserts. The coordinators also put together a silent auction and a “parent zone” that gave parents an opportunity to attend a school event and meet other parents.

“I really enjoyed COREchella,” said a parent after the event. “I think I might have had more fun than my son did.”

With 1400 tickets sold, COREchella 2013 was a big success. The money raised will go towards the further development of Cleveland’s magnet program.

“COREchella is a really good way to raise money for our program,” said student Lauryn Lee. ”I can’t wait until next year!”

Juli Chun has been a JSR member since 2013. As a junior at Cleveland High School, she is actively involved in academics as well as the varsity golf team. In her free time, Juli enjoys playing cello and reading. She hopes to continue her active involvement in JSR and to learn many new things.