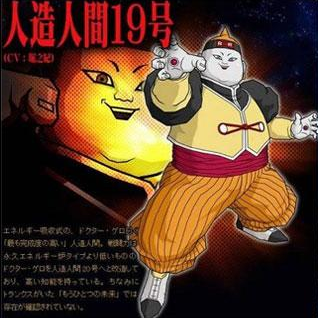 Welcome to the first installment of Dummies in Motion. In this column, Stefano Rumi offers a satirical look at political events from both home and abroad. Today’s installment… North Korea Uncensored.

All the world’s a stage… and North Korea won’t get off of it.

The Oscars may be over, but here’s a flashback to North Korea’s fifteen minutes in the limelight these past years. From cast changes to backstage meltdowns, this is North Korea Uncensored.

The Main Character Gets the Boot

Kim Jong Il surprised the world by kicking the can back in December 2011 after a trip to Russia where he looked more cuddly, and healthy, than ever.

His death sparked mass hysteria in North Korea, with propaganda footage showing stunned people weeping in the streets. The ever-stylish leader has been put on permanent display (without his signature women’s glasses), leaving his son Kim Jong Un some pretty big pajamas to fill.

Here in the US, the last time we’ve panicked that much was when Twinkies were discontinued. Go figure.

You know how really popular movies get remade after a while? Well, apparently Kim Il Sung was so popular they remade him. Exactly. New star Kim Jong Un is a perfect replica of his grandfather.

This is Kim Jong Un’s second cameo appearance, after his first role as Android 19 from the popular Dragon Ball Z animated show:

The North Korean media has nothing but applause for the new star. In fact, they’re so confident he’ll be a hit to foreign audiences, they’ve gone ahead and taken satirical newspaper “The Onion” at face value, bragging about Kim Jong Un’s “Sexiest Man Alive” designation. But to be fair, who can’t resist his fabulous sense of fashion? There’s nothing like a cute little Communist smock to wear every day of your life.

Being a star is no easy matter, and Kim Jong Un is no exception. Kim has reacted violently to the US snubbing his emails and late-night drunk dials, threatening to declare nuclear war on the United States if it continues to leave its phone on silent.

But it’s all downhill from here- South Korea has backed the US in filing for a restraining order, instigating a shocking, teary breakdown from Kim, who just “wants to feel the love.” Kim announced the next day that he has annulled all restraining orders against him, some dating back to 1953, and would pursue the late-night calls as an effective means of being friend…er enemy-zoned.

“I have friends too you know, and they’re just as washed up as I am”

The star-turned-creep Kim received a surprise visit from basketball-”star” Dennis Rodman, an American citizen seeking peace and understanding. The US promptly revoked the ambassadorial designation it never gave to Rodman.

Rodman said that he found the trip to be helpful, declaring that Kim was “a cool guy,” surprising professors and political analysts across the world, who had (until Rodman’s trip) not known that Kim Jong Un was a cool guy. Rodman’s extensive five-minute debriefing on his trip to NoKo has left the rest of the US wondering what exactly the trip was for in the first place. Apparently, Kim Jong Un is too.