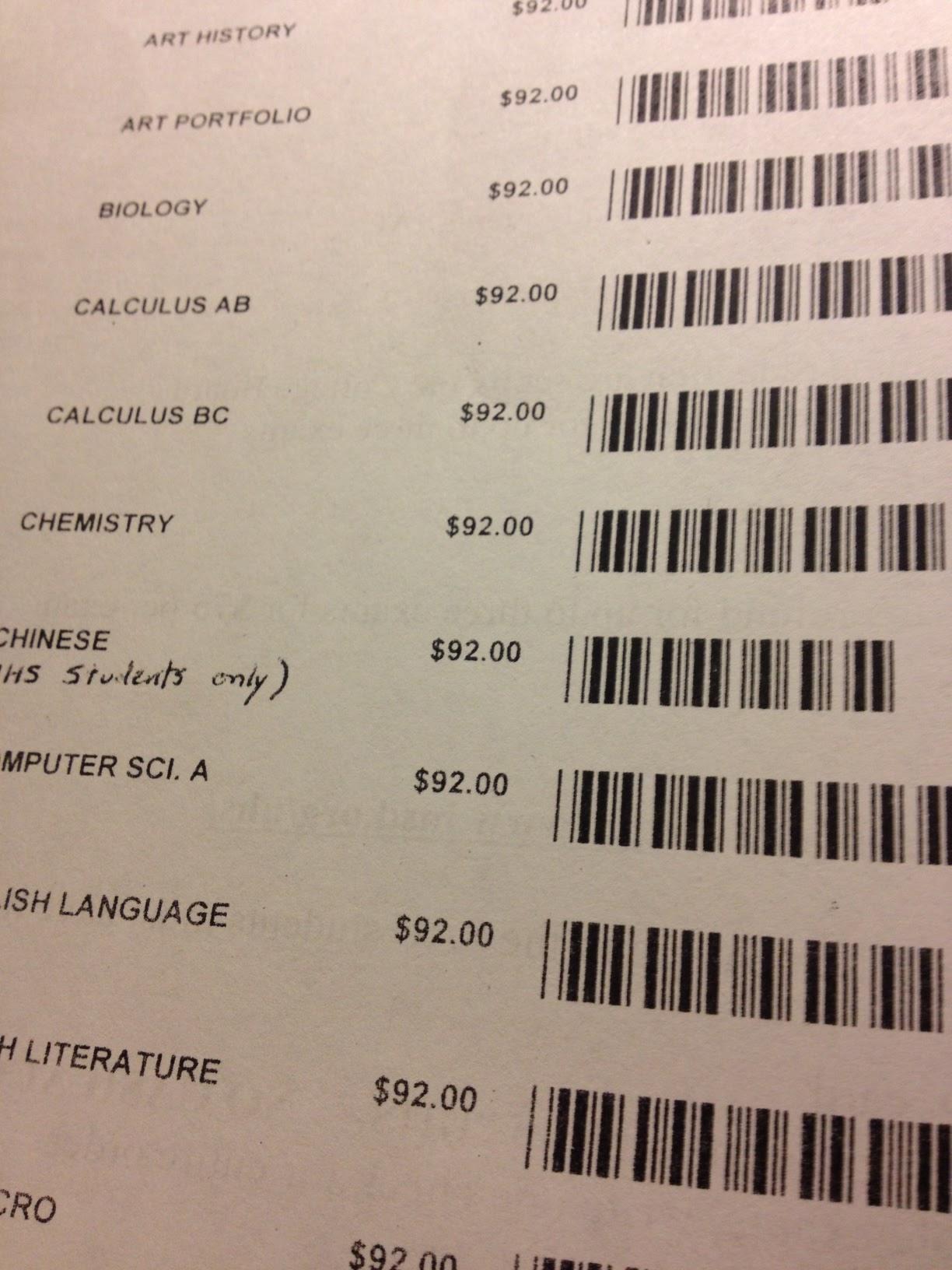 The price of AP tests is on the rise. At University High School, each exam costs a whopping $92. This means that students taking 6 AP classes must pay almost $600 just to take the exams.

Two years ago, the Irvine Board of Education was sued by the government because students were being charged for books, uniforms, and learning supplements. The American Civil Liberties Union (ACLU) lawsuit proclaimed that public school fees are unconstitutional. The government felt as if low-income students would have a hard time getting the same resources as students that could easily afford them. The same attention should be given to the prices of AP tests.

College Board, the organization that creates the exams, does offer some students financial aid. Yet there is not enough money to make the tests free for everyone. Students are asked to either make weekly deposits or pay a reduced fee.

Lower-income students are still asked to pay $15 for the first three exams and $53 dollars for each additional exam. These prices are still excessive, especially for students thinking of taking more than three exams. Some students may be limited to only taking three because the price of the fourth jumps to $53.

For some students who do not qualify for the reduced rates, prices are actually on the rise. At Northwood High School, the price of tests rose from $75 to $95 this year.

The majority of colleges favor students who take AP tests. Thus, students that cannot afford AP tests are at a clear disadvantage compared to those that are able to afford up to six of them.

However, students are not willing to protest because they do not want to risk their chances of getting into college. Northwood senior Nicholas Yoon said, “I’m put in a position where I have to support College Board and pay the $90 in order to get college credit even though I think it’s just not right. I think a lot of students feel the right to protest against such outrageous pricing but can’t afford to be in a disposition where we sort of shorthand our own futures.”

Students are already given enough stress on passing the exams. College Board should not be giving students and their families a hard time paying for the tests. It is unfair to the students who have worked hard all year to pass an exam they may not be able to afford.