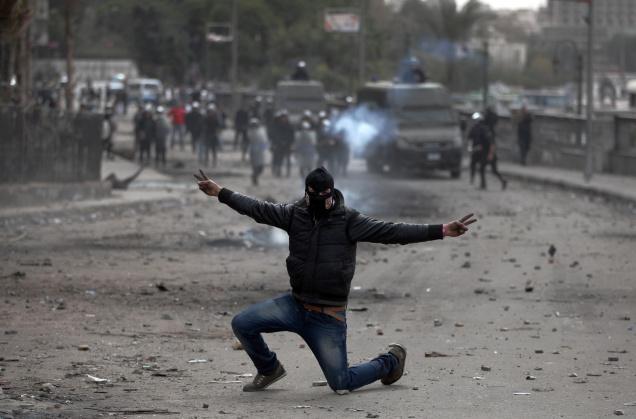 Ash-shaʻb yurīd isqāṭ an-niẓām– “the people want to bring down the regime.” This is the unofficial battle cry of the Arab Spring, which has now concluded a second tumultuous year of revolution and reform. What began so long ago has yet to be resolved, even as it continues to take a toll on human life, security, and tranquility.

The Middle East has been plagued by governmental oppression and neglect for centuries. The Arab Spring broke out, however, after integral events that catalyzed and propelled the movement: Mohamed Bouazizi’s self-immolation, the Libyan and Syrian civil wars, and the protests in Tahrir Square.

The revolutionaries have sought to abolish and rectify political unscrupulousness and societal tragedies. Yet, even after two years of suffering and strife, little progress has been made and their goals have been all but achieved.

Indeed, optimists may point out that these reformers have ousted corrupt, self-interested leaders, such as Tunisian president Ben Ali, Egyptian president Hosni Mubarak and Libyan dictator Muammar Gaddafi. Despite the removal of these leaders, however, the lives of many Arab people have not seemed to change for the better.

Egypt remains in political shambles and is dominated by the Muslim Brotherhood, which denies full democratic rights. Tunisia continues its economic depression, abandoned by the party that promised it prosperity. Devastated by the aftermath of the civil war in neighboring Libya, Mali has now officially entered its second year of conflict.

The road is mired with difficulty. Yet, as foreign powers such as the United States and France become more actively involved in the region, the future may be brighter for the Middle East. The new year symbolizes a new chance for reform and betterment in the region.