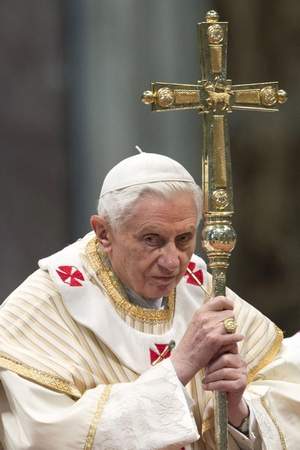 Pope Benedict XVI has announced his intentions to step down from the papacy by the end of the month. In his Feb. 11 resignation, the 85 year-old pope cited health issues and his declining strength as pressing reasons to end his career as the leader of the Catholic Church.

The Pope’s courageous decision to voluntarily retire goes against traditional Church doctrine. Some have historically believed such acts to be heresy; for example, Celestine V, who resigned in 1313, is banished to Hell in Dante Alighieri’s Inferno.

Although Benedict’s decision to resign is a break from tradition, it was a necessary move. At his age, if the Pope had decided to continue in his position he probably would not have been able to gather enough strength to tackle the numerous problems in the Church including child sexual abuse scandals and conflict among members of the Vatican.

Some do not accept the Pope’s word at face value. In an article in The Guardian, Karen McVeigh cites Jakob Purkarthofer of Austria’s Platform for Victims of Church Violence as stating, “Ratzinger was part of the system and co-responsible for [the alleged sex abuse].”

If he is co-responsible, however, a successor who had no relation to these crimes would be a positive influence in clearing up the issue and ensuring it never happens again.

A new pope may be able to bring change, perhaps in addressing issues such as declining Church participation in Europe.

This resignation, the first one in 600 years, gives the College of Cardinals freedom to elect a younger and more energetic pope who may be able to accomplish more than Benedict. His predecessor, John Paul II, was 58 years old when elected. Benedict was 78.

By facing the ultimate question, age, the Pope’s unprecedented choice may allow for the progression of the church.