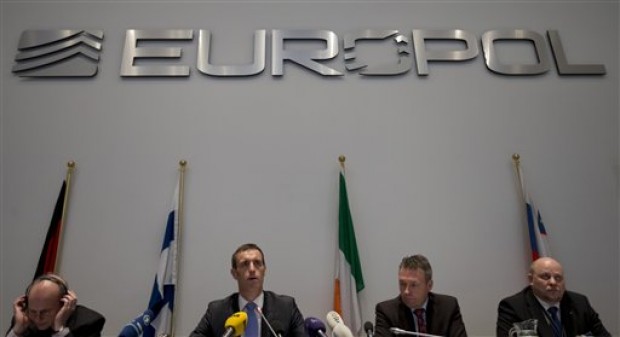 In response, International Federation of Association Football (FIFA) head Sepp Blatter told the Associated Press that “most of the matches” discovered by Europol have been dealt with. Yet the report has drawn worldwide attention.

Europol linked 380 matches in Europe and 300 international matches to fixing. It also suggested that a Singapore-based crime organization was heavily involved.

Despite reform attempts by government officials and league organizers, 425 referees, club officials, players and criminals have been linked to possible match fixing in games dating back to 2008. Those implicated in this scandal have profited an alleged $10.9 million, $2.7 million of which was used to bribe players and referees.

Europol’s findings suggest match fixing has been most prominent in Germany, where an estimated $21.7 million has been used to make wagers.

Europol’s announcement came as a shock to the UEFA. Yet the organization promised action in a press release, stating, “The details of these investigations… will be reviewed by the appropriate disciplinary bodies in order that the necessary measures are taken.”

Though soccer organizations like the UEFA have the power to ban guilty players and referees, they cannot sanction and punish people that are not affiliated with the sport.

This has prompted calls for stricter laws and punishments for match fixers. According to Ralf Mutschke, director of security at FIFA, “The support of law enforcement bodies, legal investigations, and ultimately tougher sanctions are required, as currently there is low risk and high gain potential for the fixers.”