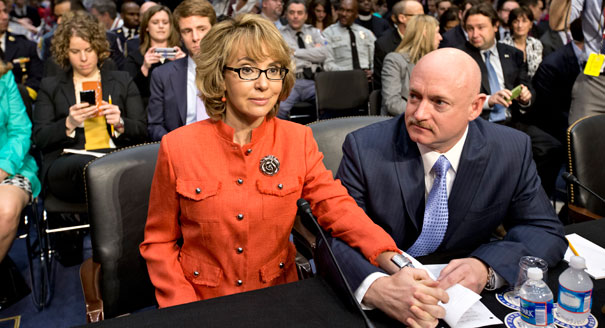 The organization is committed to presenting policies that would potentially stop shootings while respecting the Second Amendment, such as ensuring criminal background checks, limiting high capacity magazines, limiting assault weapons and stopping gun trafficking. This compromise is aimed to appeal to those against gun control who assert that control violates the Second Amendment.

Gabrielle Giffords experienced gun violence first-hand on January 8, 2011, when mentally-ill Jared Lee Loughner shot her in the head, wounded 12 others and killed six constituents. Since this incident, there have been many more mass shootings including the tragedy at Sandy Hook Elementary School, but there has been little response from Congress.

This was one of the factors that caused Giffords and her husband Mark Kelly to launch ARS. The couple wrote in a USA Today editorial that they hope ARS will “encourage elected officials to stand up for solutions to prevent gun violence and protect responsible gun ownership.”

When Americans for Responsible Solutions was founded, several Americans were able to express their opinions and seek immediate action that worked towards gun control.

Sodahead.com, an unscientific polling website, asked voters whether or not they were in favor of the establishment of the ARS. Voters such as Jennifer Dillon and Kenneth A. Maxwell, commented that “The time has come to put in place common sense safety measures to ensure we keep these atrocities to a minimum” and that “every American with common sense should support this group”.

However, Giffords and Kelly believe that with the help of like-minded citizens and engagement of millions of people around the country, they will be able to influence legislators to stand up for their proposals.