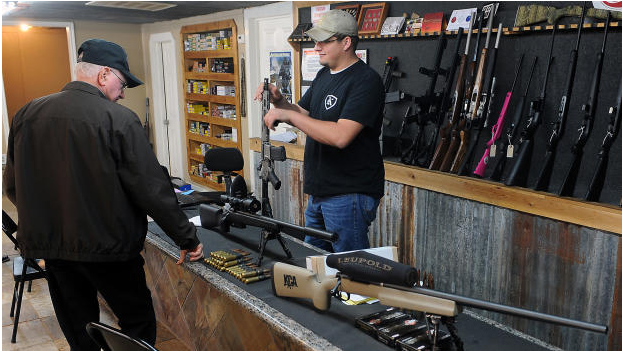 The proposal comes after a long standing debate about gun rights, one that has emerged again only recently in the wake of the December 2012 massacre in Newtown, Connecticut. Supporters of the proposal, Assembly Bill 202, argue that it provides a safe environment for students while preventing the government from infringing on the rights of gun owners.

The newest amongst a series of proposals to hit the table, AB 202 is amongst the most radical. A number of schools in California already have police officers patrolling their campuses to ensure that students will be protected from dangerous individuals.

AB 202 has been met with considerable controversy – both among the Senate and among the general public. According to the LA Times, State Senator Leland Yee predicted the bill would be battered considerably in the Legislature.

Detractors argue that the problem is that there are too many guns, not too few, and allowing for more guns will worsen the problem. Young Song, a senior at LA Center for Enriched Studies, says, “We don’t want to go to school knowing our teachers have guns. Will those guns be stored safely? Will a student be able to access them? Will teachers even know how to use them? We don’t know. There’s too much left unsaid and unexplained.”

Yet bill proponents have argued that it is a way to protect the Second Amendment in the midst of the controversy after the Newtown massacre. A coauthor of the measure, Assemblyman Tim Donnelly, said it would provide a school defense option that would be amenable to Republicans who oppose more stringent gun control laws.