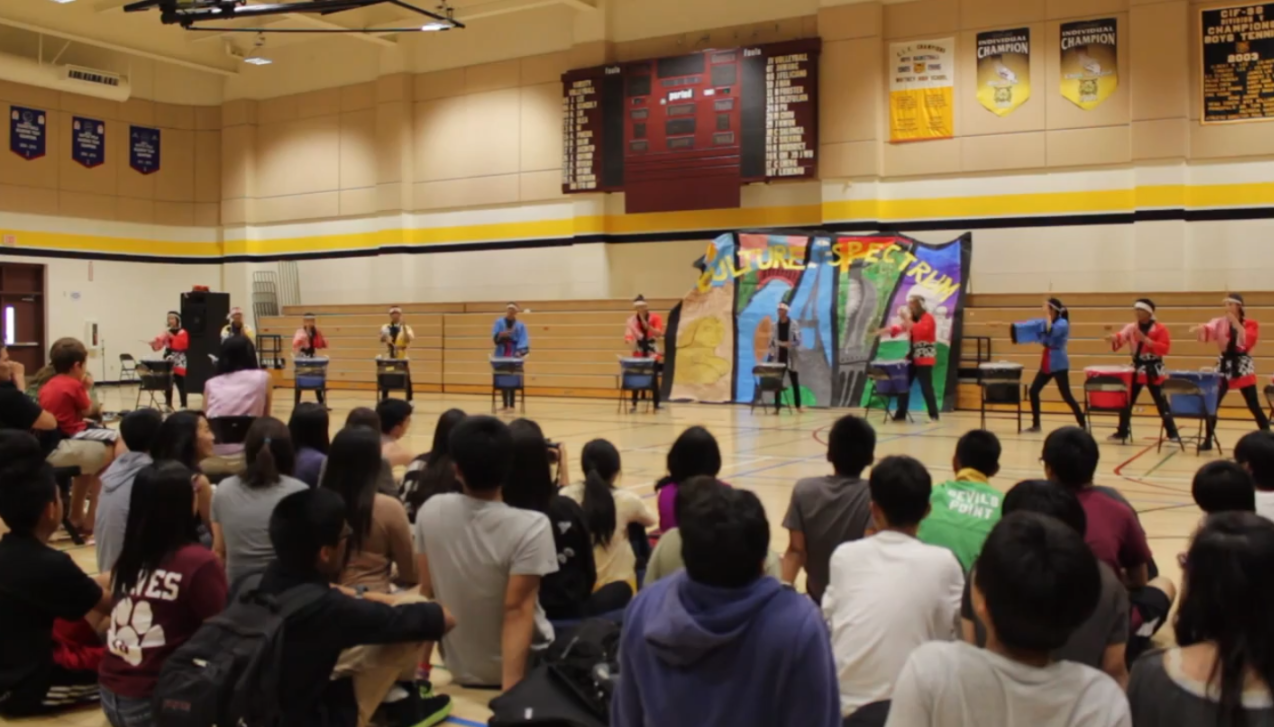 On this special day, classes were cut to thirty minutes each to accommodate the three hour event. During seventh period, students brought out tables and decorations in preparation to sell cultural foods and play games. Some of the food included fresh crepes from French Club, crispy samosas from Shanti Club (Indian Club) and also spicy rice cakes from Korean Club.

After a delicious and diverse lunch, the students all gathered in the gym to watch the clubs and classes battle in a performance competition.

All the clubs and classes prepared ahead of time for the competition, with three weeks of sweat and tears in the hope of winning First Place. Culture clubs gave the school a taste of their respective countries by dancing to traditional and modern songs. Korean club used traditional fans and also pop music, while the Japanese club won the competition with a display of different forms of dance. Another interesting performance was by Chinese Club and Shanti Club, who joined together for one act. Through songs of the respective languages mixed together, the clubs expressed a sense of unity.

Tim Han, a sophomore at Whitney High School, says “I love International Day because it makes me feel like I went on a trip around the world without getting on an airplane. It’s cool because I get to try different kinds of food I would never find at home.”

At the end of the day, students went home with a full stomach and a perspective of cultures in countries they had never been to before. This event was special because of the the worldwide view it provided students.