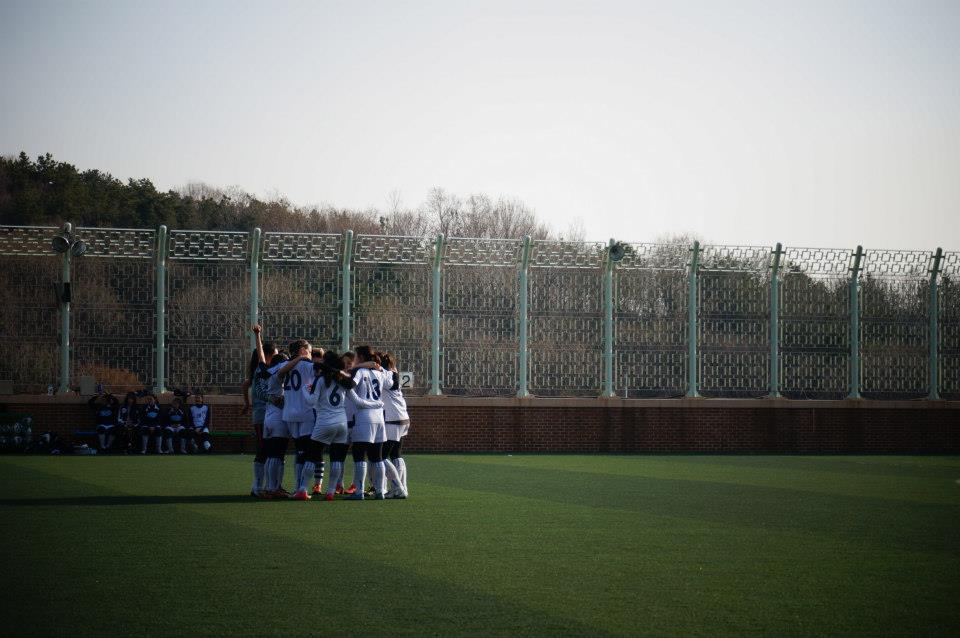 On April 10th, the Japanese teams arrived at Incheon airport. As one of AISA’s missions is to introduce people to new cultures, the conference was organized so that the students in Korea hosted their Japanese counterparts for three days to introduce them to the new country. This year, Korea International School’s girls’ soccer team provided temporary homes for all 30 players from Senri-Osaka International School and Yokohama International School. The soccer players toured around Korea, going to Myeongdong to shop and to Gangnam to eat Korean cuisine.

The next day, games officially began. Matches were held from 8:00 AM to 6:00 PM to determine which teams would be playing each other the next day for first, second, and third place. “Even though today’s games didn’t matter much, I was still nervous,” said Jane Lee (16) of Seoul International School. “How we play today reflects how we will play tomorrow.”

April 12 was the climax. The six schools battled each out on the field, earning first through sixth place. Because no ties were allowed, penalty shootouts were held to ensure that there were definite winners and losers.

“I’m so glad I received the opportunity to be part of such a great event. I’ve bonded with Japanese students, played the sport I love, and finished off my senior year the best way I could. I love my team, I love this sport, and I love AISA,” said Jerica Yoon (19), senior at Korea International School and captain of its Varsity Girls’ soccer team.