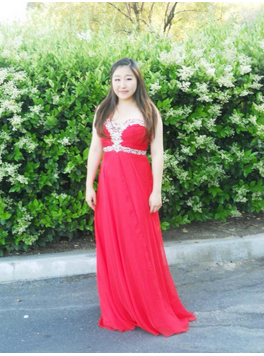 Oh’s journey began when she was a student at Rancho Pico Junior High School and had to pick an elective for a class. She picked choir and singing became a hobby at first. Then she transitioned into high school and decided to join choir once again.

Soon, singing became her passion. During her sophomore year, she took vocal lessons once a week. Then she took them twice a week in her junior year. Christine was one of the section leaders for choir for all four years of high school. Plus, she participated in numerous competitions such as the Santa Clarita Choral Education Association.

According to Oh, “Voice was more fit for me than any other instrument.”

As she built her skills, her goal became Juilliard. The application was a long process. First, she had to fill out an online application and sent the school an audio demo of her singing three songs. With great eagerness, she traveled to New York and performed a live audition. During the auditions, she was individually coached by a professor who determined whether or not she had the ability to apply taught concepts quickly. Finally, Christine received her acceptance letter on March 28.

Oh is the first student of Korean descent at West Ranch High School to get into Juilliard. Now, her life goal is to become an opera singer and eventually a famous soloist.

Throughout the years, she has worked hard and truly dedicated herself to this dream. Congratulations to Christine Oh for her great achievement!