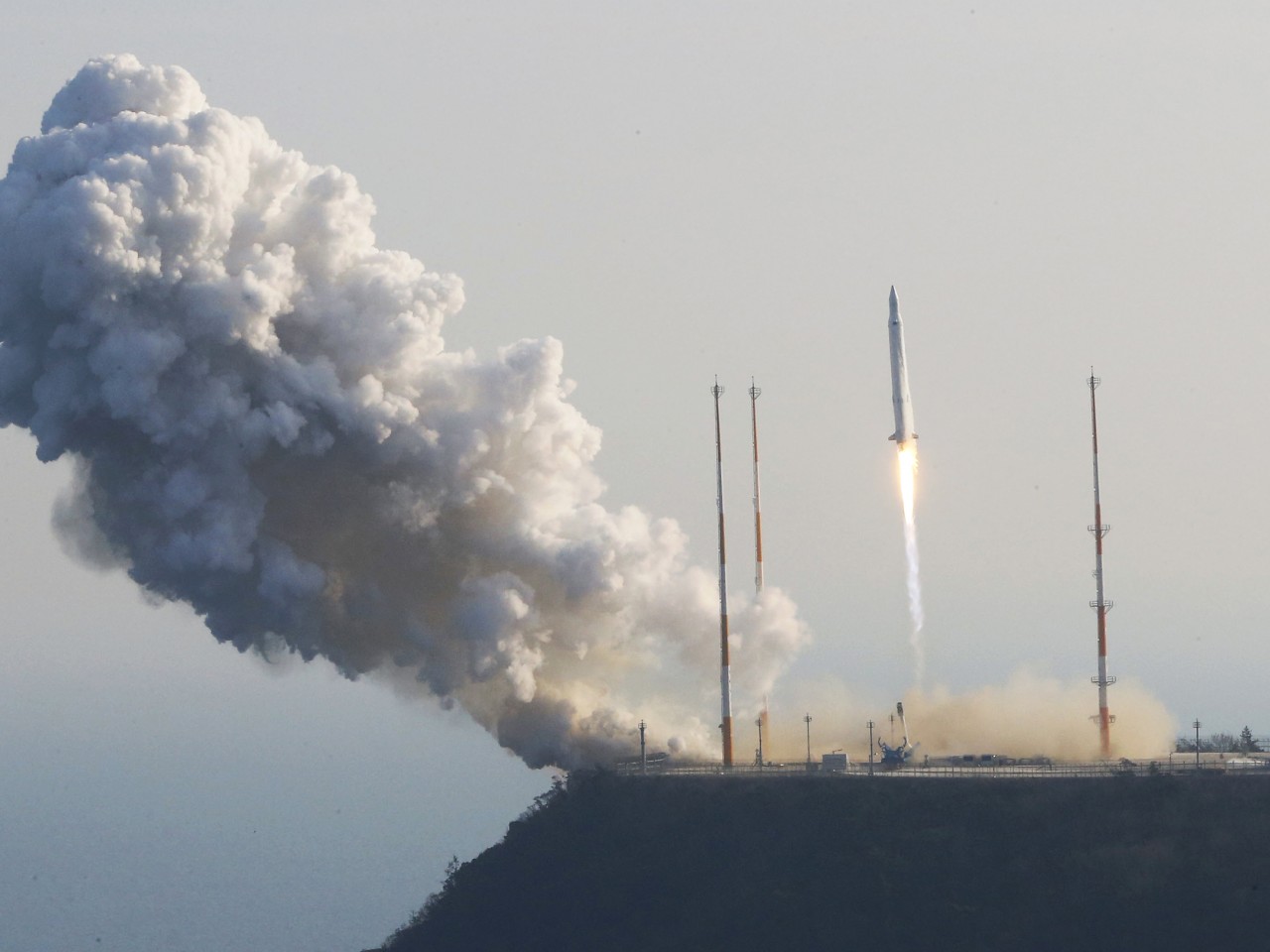 A collective sigh of relief filled South Korea’s Naro Space Center as officials observed KSLV-1 Naro rocket successfully undergo stage separation prior to entering the Earth’s orbit. After launch failures in 2009 and 2010 and intermittent delays due to technical difficulties, the Korea Aerospace Research Institute (KARI) sent its first rocket into orbit on January 30.

The rocket was constructed with aid from Russia, which agreed to three launch attempts. A third failure would have reduced S. Korea’s hopes of launching a missile from home soil, a feat North Korea managed to accomplish without foreign aid.

“The political fallout of a third failure would’ve been so strong that the future [of the space program] might have potentially been compromised or cancelled,” said Dr. Morris Jones, an independent space analyst.

The Naro carried a 100-kg climate research satellite. Three weeks prior to its launch, N. Korea sent its own satellite into space, violating international regulations and pressuring the United Nations to place further sanctions on Pyongyang. “There is a regional space race going on in the Korean peninsula,” said Jones. “There was probably a lot of shock and embarrassment when the North Koreans beat them to space.”

N. Korea’s missile technology may be indicative of its readiness to conduct a nuclear test. Following the UN Security Council’s criticism of N. Korea’s actions, N. Korean leader Kim Jong-Un threatened the international community with “high-profile” retaliation and the detonation of an atomic bomb.

Nevertheless, the Naro rocket was instrumental in leveling the playing field between North and South Korea in terms of missile technology. Furthermore, the launch could catalyze a space services industry that, according to a Hyundai Research Institute estimate, could bring approximately 5.5 trillion won ($4.5 billion) to S. Korea’s economy.

With the Naro rocket’s success as a solid foundation, KARI will continue to advance its home-grown missile technology. KARI is leading an effort to construct a larger rocket and plans for a lunar landing by 2020.