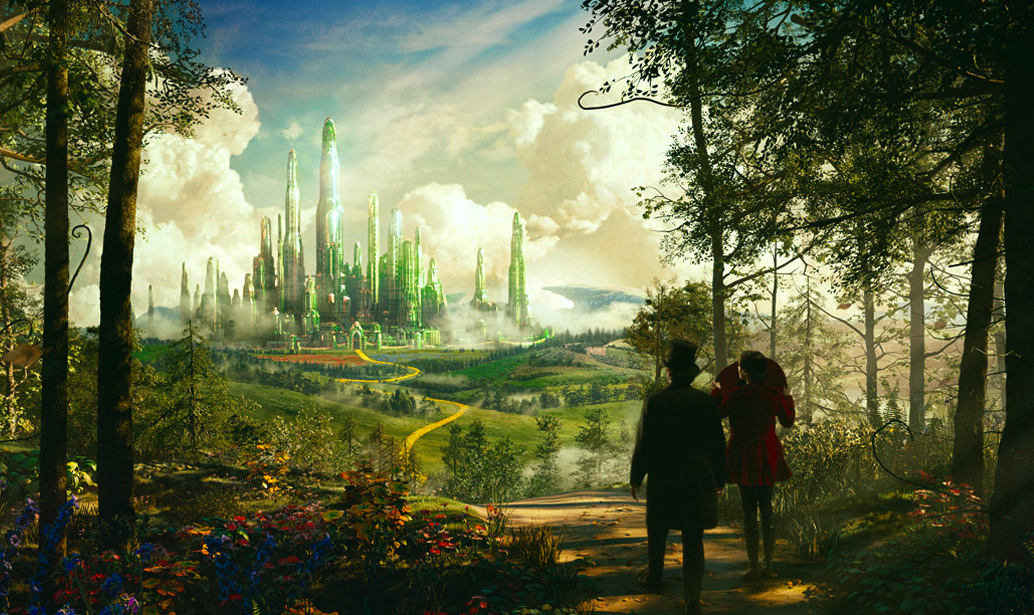 Though Oz the Great and Powerful has been greatly anticipated, the film leaves much to be desired as its dialogue and plot are mediocre at best.

Directed by Sam Raimi, Oz the Great and Powerful follows the adventures of a traveling magician, Oscar, who lands in Oz and falls into a mission to defeat the evil witch and restore harmony to the land. It soon becomes clear that saving Oz will require more than the ability to pull a dove out of a hat.

The most impressive thing about Oz the Great and Powerful is its visuals. The attention to detail is apparent in the swarms of iridescent butterflies or flawlessly animated characters. The vibrant colors of the scenery do wonders to convince the audience that they are traveling through the land of Oz.

However, one drawback to such beauty is that it can seem too artificial, especially when the actors are human and not digital creations. It is often hard to believe that the actors are actually in the scenes and not in front of a green screen.

Unfortunately, the rest of the movie falls short in terms of dialogue and acting. There were quite a few moments when I felt that the dialogue was forced and thus interrupted the natural flow of the movie.

Though Oz features stars including James Franco and Mila Kunis, there are few opportunities for them to display their skills in scenes that lack substance and strong emotion. For example, Kunis’ unconvincing lines during her role as a guide to the foreigner Franco seem straight out of a bedtime story.

Oz the Great and Powerful is neither great nor powerful, as its stunning visuals cannot make up for its dialogue and acting. It is simply a decent family film, if only because it will dazzle children with its otherworldly scenes.