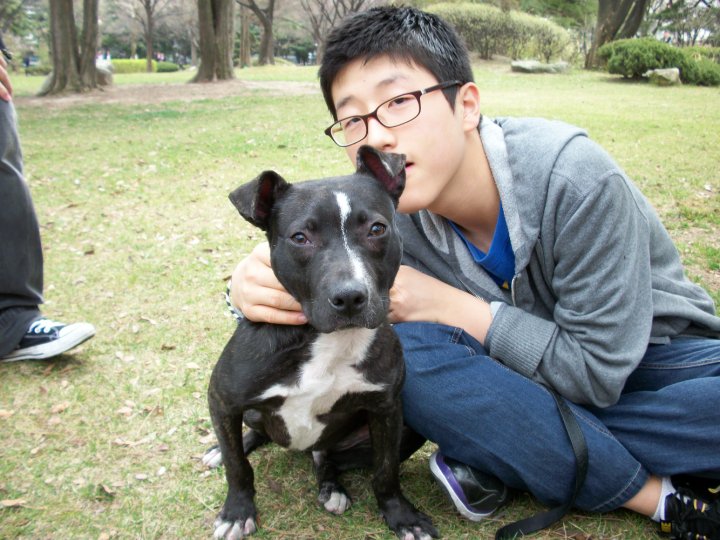 When Eun Jung (grade 12) and Joanna Kim (grade 11) first entered the door of the veterinary, Pet Doctor, they had never imagined themselves to found the club that would later increase students’ awareness about abandoned animals. “As we volunteered in Pet Doctor, we more and more wanted people to be involved in it (taking care of animals),” they said. Soon, Eun, Joanna, and one of their best friends, Grace Kim, founded the school club called Poor Animals In Need. Students acclaimed for the cleverness of its acronym—PAIN—which perfectly delivered the bitter feeling of those abandoned animals.

They started with very few members, but their goal—to make more people involved—motivated them to actively advertise the club and convince friends. For months and years, they printed myriads of posters  all of the school, asked each of their friends to join the club, held numerous fundraising activities under the name of Pain, and made public announcements. Now, with considerable number of members, the club regularly visits the Pocheon Shelter. Joanna Kim said, “this club could endure for years because we successfully gathered the bond of sympathy among animals lovers of this school.” Cleaning animals, washing cages, playing with dogs—these are PAIN’s main activities in the Shelter. Also, PAIN diligently fund raises money and donates in to Pocheon Center; with that money, the Shelter will buy food and toys for inhabited animals.

Eun Jung, one of the co-founders, wished to appeal readers about benefits of adopting dogs. Dogs trapped in the cages of the Shelter—playful and well-trained—are better pals for owners than pups. “People adopt recently born pups those are yet too young to be sent away; they need certain periods with their parents and masters to learn basic attitudes. Then, new owners unfortunately fail to raise uncontrollable pups and tragically abandon poor animals.” Eun therefore spoke that adopting shelter animals is beneficial not only for dogs but also for masters. So far, main adopters are foreigners; she and the shelter waits for more local citizens to realize the importance and benefits of adopting shelter animals.

Many students said, “Why do we have to care about animals? There are numerous humans we have to help already.” Founders of Pain confidently said, “we help animals because animals are p0art of our society.” They are true. Uncountable households in Korea raise pets and throw them back to the street. Therefore, humans have to bear the responsibility of abandoned animals.