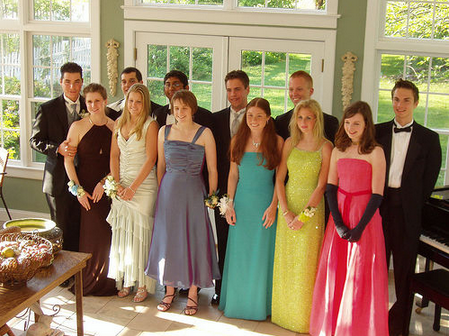 A recent Visa survey found that prom costs have risen once again. In fact, they rose 5% this year coming to an average $1,139 per attendee. In 2010, the average attendee paid an average of $807.

Single parents will pay an average $1,563 compared to the $770 married couples will pay. Two years ago, Visa found that the households that spent the most on prom had annual incomes under 30,000.

With the costs of dresses, shoes, jewelry, transportation, makeup, hair and tickets, it is no surprise that prom is expensive and people are willing to splurge. Many believe that the dramatic spike in extravagant spending -41 percent since 2011- is due to the rivalry prom breeds.

Nat Sillin, Visa’s head of U.S. Financial Education said in a release: “Prom has devolved into a competition to crown the victor of high school society.”

Yash Majmudar, a senior at Palos Verdes Peninsula High School who went to prom last year, agrees that in a way, competition is associated with prom.

“I do think there is a pressure to stand out. You don’t want to be the guy who didn’t come up with anything clever . . .[prom] can be really expensive if you buy a super expensive dress or rent a special suit. . .it is too expensive in my opinion.”

Parents feel pressured to give teenagers a night to remember.

“You don’t want your kid to be the only kid who doesn’t have what the other kids have,” said Kit Yarrow, Golden Gate University consumer psychologist and professor in a USA TODAY article.