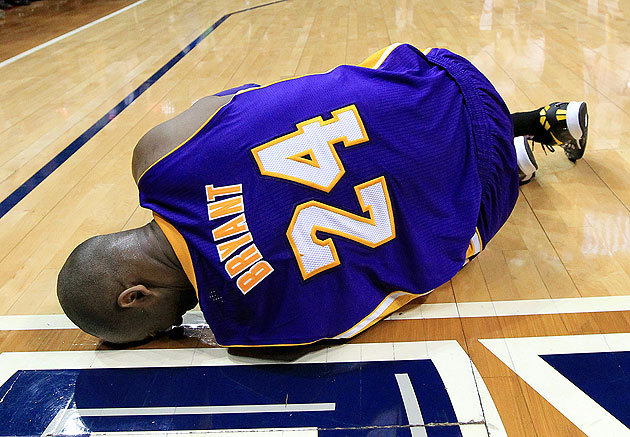 Hi everyone, my name is Daniel Lee and I’m a junior at Los Angeles Center for Enriched Studies. I’m an avid runner and I enjoy playing basketball and baseball. Growing up in Los Angeles, my favorite teams are the LA Lakers and the LA Dodgers.

In this column, I’ll be writing about a variety of things ranging from professional sports leagues to events like the annual LA Marathon. Here are some recent events from around Southern California:

A few weeks ago, I ran the Los Angeles Marathon. It was a grueling and tiring 26.2 miles but it was an amazing seven hours (Yes, it did in fact take me that long. Precisely 7 hours 1 minute and 45 seconds). The first 10 miles passed like a breeze but the running the last six miles were one of my worst experiences I’ve ever had, if not the worst.

During the 20th mile, I was praying that it would all be over. My ankles were unbelievably sore and I was dead tired so I decided to stop by the USC medical tents to get my ankles wrapped and iced. Because a horde of photographers took pictures throughout the course, I had done my best to look good for the first 18 miles. After that, I cared less about embarrassing photos than the pain.

Nonetheless, I passed by the most beautiful neighborhoods in Los Angeles, had a short conversation with Cousin Sal from Jimmy Kimmel Live, and wrapped it all up with a buffet. I can’t wait till I run it next year, but until then, I have work to do.

I took some pictures from the run and put them online. Feel free to take a look at them at Marathonfoto.com. My last name is Lee and my bib number is 32004.

On Tuesday April 2nd, the Los Angeles Lakers retired Shaquille O’Neal’s jersey during halftime of the Lakers and Mavericks game. Although they printed his name and number on the front side of the jersey, rather than the usual back (An embarrassing mistake for the Lakers Organization and one that will soon be fixed), the ceremony recognized O’Neal for his success in bringing three consecutive championships to Los Angeles. His jersey is now among some of the NBA’s greatest: Wilt Chamberlin, Kareem Abdul Jabbar and Magic Johnson.

The Dodgers and Padres Have a Nasty Brawl

On April 11th at Petco Park, a brawl broke out between the Dodgers and the Padres after Zack Greinke threw a pitch that hit the shoulder of Carlos Quentin. Quentin began to walk towards Greinke. Within seconds, he threw his bat to the ground and charged at Greinke at full speed.

Keep in mind that although they’re roughly the same height, Greinke is 198 lbs and Quentin is 235 lbs. Greinke made a smart move to take the charge with his left shoulder rather than his pitching shoulder, but broke his collarbone in the process.

I wasn’t sure if this was intentional or just a bad pitch. Both have a history dating back to 2009 in the American League and this was the third time Greinke hit Quentin. However, there was someone on first base with no outs, so it probably wasn’t the ideal time to let Quentin – who has 119 career plunks – walk to first.

If any one of you has Greinke on your fantasy team, he’ll be back in 8 weeks.

Check out the brawl:

Here are some other notable brawls in sports history:

Just a game ahead of the Utah Jazz for the 8th and final playoff spot in the NBA, the LA Lakers played against the Golden State Warriors for the third to last game of the regular season.

With a little over 3 minutes to play in the 4th quarter, Bryant attempted to drive to the basket like he always has but he fell to the floor and grabbed his achilles. An MRI on Saturday confirmed an Achilles tear and he underwent a successful surgery.

What’s to blame for this injury? Probably the 17 seasons Kobe has played, his age, and Lakers Head Coach Mike D’Antoni for allowing Kobe to play all those minutes. As hardworking and willing a player may be, a coach can’t let a veteran play an average of 47 minutes in the month of April. Maybe coach just had his hands tied as the season was coming to a close and had no choice but to give in to the 15 time All Star.

It was heartbreaking to see such a determined and resilient player unable to do what he does best. What’s impressive is the fact that despite the pain from his injury, he continued to shoot his 2 free throws and tie the game at 109.

Although they went on to win it by 2, the Lakers probably lost a lot more than they won that night. With an expected recovery of 6-8 months (possible shorter, knowing Bryant’s determination), the Lakers will need to make some tremendous adjustments not only for the upcoming playoffs (if they manage to book the 8th seed with a victory tomorrow against Houston or a loss by the Utah Jazz), but the beginning of next season as well. Now the question is, “who’s going to step up to the leadership role to lead the Lakers and fill in the 27 point void?”

Here’s the video of what happened:

For a player that never had to swing a bat while playing for the Hanwha Eagles in Korea, Ryu showed some impressive batting skills against the Diamondbacks Saturday afternoon. He went 3-3 and struck out nine in 6 innings in the 7-5 win.

With his brother and parents at the game, he hit a double or his first career major league hit. Not sure if it was luck or the support from his family.

Daniel Kangmin Lee is a 12th grader at LACES High School and a returning student editor for the JSR program.