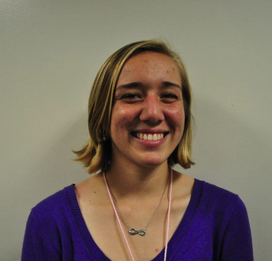 Writing a novel is not a simple undertaking for even a professional writer. Getting it published is a much more back-breaking task. Yet Jessica Erbe, a student at Cypress High School, has done just that.

When she was 13 and attending Lexington Junior High, Erbe completed a science fiction novel titled Rylath. Two years later, in 2011, the book was released by Southern California-based Tri-Net Publishing.

According to Erbe, the publication was personally fulfilling. “I was very proud of myself for finishing,” she said in an interview.

Writing the novel was a challenge, though. Before she even started, she spent a whole summer making an outline.

“I would write some, and then I wouldn’t write for months. I was in ‘give-up mode’ very often,” she said.

Getting published was another obstacle that took even longer than it took to write the novel.

“I made the mistake of telling my age when I sent the manuscript to publishers. No one wanted to publish a 13-year-old’s writing,” she stated.

Despite the complications, she eventually found Tri-Net. Today, Rylath is available at Barnes and Noble, Amazon.com, and as an E-book.

The novel includes a preview of a sequel, The Raaka, but Erbe has not announced any plans for its release. In a January interview with The Event News, she said, “[My publisher] wants me to, but I don’t know. There’s a lot of other stuff I would like to do.”

According to her biography, she hopes to “explore new knowledge and ideas that encompass her passions in life.” As a junior at Cypress High, she has a perfect GPA and is involved in sports and extracurricular activities. She is the first-chair trumpet player in band.

Erbe also gives advice to aspiring writers like herself and recently gave a lecture at an event held by Cypress High’s Silver Quill Creative Writing Club. Her advice to her fellow members: “Don’t give up trying to write or publish just because you’re young.”