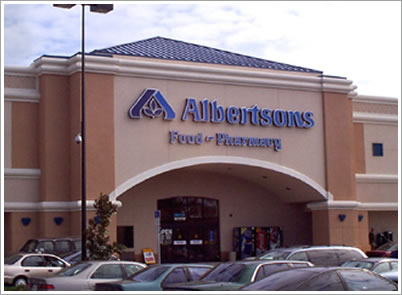 In the past few months, authorities have caught an increasing number of Woodbridge High School students stealing from the nearby Albertsons on Alton Parkway, in Irvine, during the school’s lunch time. Students have been caught mostly stealing food items.

“A lot of the [thefts] are coming out of the deli department and particularly the zesty wings, and what has happened is [students] have uncovered a lot of different ways to basically cheat the system,” said Chris Velardi, the manager of Albertsons in Irvine. “They’ll get a price tag at the counter for a minimal number of wings and they’ll give it back to one of their friends to fill up, so when they go back to register they have a huge bag of wings and they have a price tag for just a few of them.”

Food items are not the only products students are stealing. According to Velardi, students have also been caught stealing candy and school supplies.

“I have heard that people steal from Albertsons because the food is good and they think they won’t get caught,” said a Woodbridge High School student who wished to remain anonymous. “I have been tempted to steal because the security is pretty loose there, but I’m scared of getting in trouble.”

Students caught stealing from Albertsons will be reported to the Irvine Police Department and may also be suspended from school.

Woodbridge High principal Jason Viloria also said he “received several phone calls that students in the past few months had been stealing from Albertsons.” He said students will be suspended when caught stealing.

“We are a member of the community and we have to respect what [community members] do,” Viloria said. “It impacts everybody when a few people make a bad decision…We do have amazing kids here, too.”

Velardi says Albertsons has developed an alternative meal for students looking for a cheap lunch.

“We have a lunch meal that is catered to the students, and it’s exclusive to this Albertsons,” Velardi said. “We offer two chicken tender, potato wedges, and a drink for $2.99. We do try to offer an economical alternative…we noticed that students like those food items.”

The store has also taken preventive measures to stop students.

“We have a pretty widespread camera system where we have agents not only monitoring by camera but also in the aisles. We have a couple of covert employees that are monitoring the aisles,” Velardi said.

Velardi said that Albertsons encourages students to shop and that the few “bad apples” of the school have not ruined his impression of the students.

“We definitely encourage having students shop here and I don’t want students get the wrong impression…We want to have a great relationship with them and much rather have them as great customers than have to report them in,” Velardi said.

Hi, everyone! I am a senior at Woodbridge High School. Other than writing, I enjoy biking and watching exciting movies.