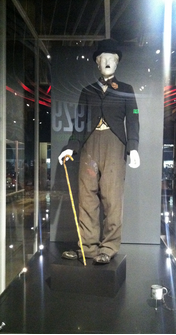 In honor of its centennial year, the Natural History Museum of Los Angeles County (NHM) has recently opened new exhibits including Becoming Los Angeles, Nature Gardens, Nature Lab, Butterfly Pavilion, and the Edible Garden. From Charlie Chaplin to the Spicebush swallowtail, the museum is bursting with not only historical artifacts but also live animals.

NHM President and Director Dr. Jane Pisano explained that “We have invested a decade of imagination and effort and $135 million to remake this institution for its next hundred years.”

Becoming Los Angeles premiered on July 14 and will remain as a permanent exhibit at NHM. The exhibit presents interesting stories about the city’s development, with topics ranging from the Native American settlers to the function of the LA Aqueduct in 1913. Nature Gardens consists of a “Get Dirty Zone” where people are able to scavenge for bugs, a “Listening Tree,” an “Urban Water Feature” that resembles the LA River and an “Edible” garden” of herbs, fruits and vegetables. The Nature Lab is full of live animals including the Southern Pacific rattlesnake.

Located outside the museum, the Butterfly Pavilion is a temporary exhibition that will remain open until September 2. Visitors have the opportunity to learn about the dietary habits, lifestyle and metamorphoses of caterpillars and butterflies.

In addition to the current offering, NHM has more new things on the horizon. September will see the opening of a Spider Pavilion and December will feature an exhibit focused on the Silk Roads.

According to Sharon Gi, a senior at Immaculate Heart High School, NHM “is an amazing place for history fanatics or those who just want to explore nature at their fingertips.”

Would you like to see the Natural History Museum? You can go to www.nhm.org to plan your visit. The museum is located on Exposition Boulevard near USC and the Sports Arena.