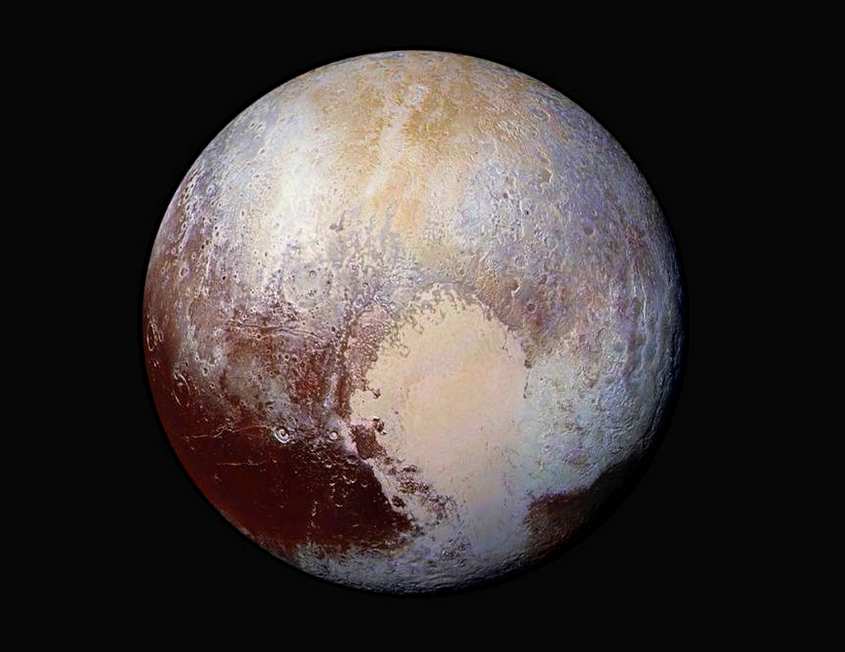 Nine and half years after its January 2006 launch, NASA’s New Horizons space probe reached Pluto on July 14 and began sending pictures to Earth. The new pieces of data that NASA released have stirred excitement and possibilities about the dwarf planet, which lies 4.4 billion kilometers away from the sun at its closest point of orbit, and beyond.

Despite what many believe, Pluto is not a big ball of ice and rock. Nor is its surface cratered from impacts by space debris.

Based on the photos sent back by the New Horizons probe, NASA researchers say that the apparent absence of craters shows that Pluto is actually a younger planet. The solar system is about 4.5 billion years old, but the scientists predict that Pluto is only a fraction of that: 100 million years old.

The photos have also shown evidence of mountains, which scientists think could be made of water ice. Scientists reason that the other substances proven to exist on the planet – mainly nitrogen, methane, and carbon monoxide in their solid states – are too “soft” to be the basis for mountains, especially mountains that are comparable in size to the Rocky Mountains in the United States.

The presence of mountainous terrain on the planet was a source of surprise for many people.

“I was surprised to hear that there are mountains on the planet,” said Crescenta Valley sophomore Kevin Park in an interview with JSR. “I always thought that it was just a flat surface with some craters on it.”

The presence of water on Pluto also is of huge significance, as water is the basis for life. The planet Pluto is too cold to support any life forms known to man, but the presence itself reinforces the possibility of water on other planets that can be used by life as we know it.

“I think, at this point, that bacteria exists in some way in our solar system aside from on Earth,” Park speculated. “And in other solar systems– who knows?”

The New Horizons space probe’s original mission parameters were to reach Pluto and send back data, a task that was successfully accomplished. Now, scientists have decided to let it continue its steady progress through the Kuiper belt, out to possibly explore another small world and achieve yet another giant leap for humankind.