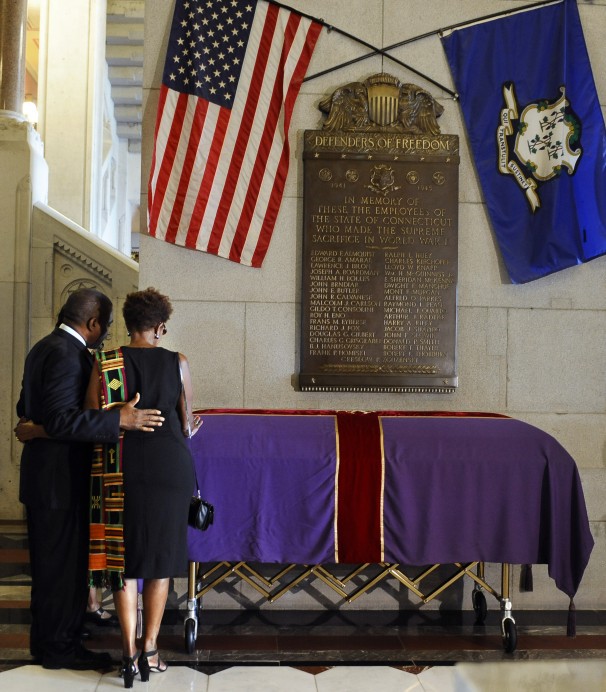 An 18th century American slave, Fortune, received a proper burial in Waterbury, Connecticut on Thursday, September 12 — more than 200 years after his death.

“Fortune was a Waterbury man who worked, lived and died in our state at a time when African-Americans were denied basic civil rights. After 215 years, he will finally be laid to rest,” Connecticut governor Malloy said.

She added, “While we can’t undo the wrongs of the past, we can honor those who were affected and push for positive change in the future.”

Fortune, his wife and their three children were the legal property of Dr. Preserved Porter, a Waterbury physician, according to the Mattatuck Museum. After Fortune’s death in 1798, his children were sold and Porter, a bone surgeon, dissected Fortune’s body and gathered his bones to keep his skeleton for anatomic study. Mattatuck director Bob Burns says that Fortune’s skeleton was passed down in the Porter family before it was donated to the museum. It remained there until the 1970s, when it was put into storage.

On the day of the burial, his remains were lain in state in the Connecticut State Capitol rotunda in Hartford before state police escorted them to a memorial service at the same church where Fortune was baptized.

“I am glad,” Arnold said, “at the fact that African American who had been mistreated finally received a proper burial, but I am disappointed that such burial is happening so long after slavery was banned.”