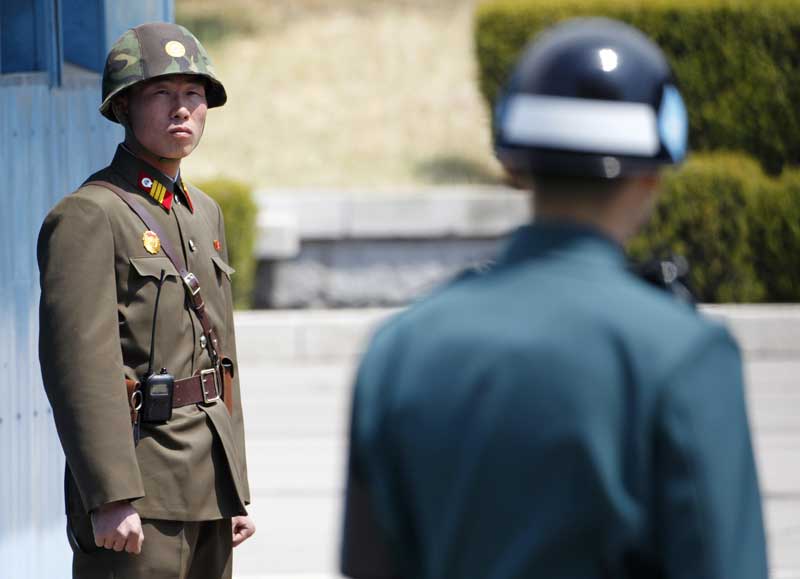 “From now, we declare the absolute nullification of the Korean War Armistice Agreement.” announced the Supreme Command of North Korea on March 5th, due to the “unjustifiable and violent” attitude of South Korea and the United States towards the North.

This provocation occurred just before the Key Resolve Military Exercise, a cooperative military exercise between the US and South Korea. The Korean Ministry of National Defense said this exercise is just one of the yearly programs and is done for the safety of the citizens in case the war breaks out, but North Korea is upset. According to the North, “they are targeting us. As a matter of fact, it’s them who first declared the war.”

Though the situation flows like this, many Koreans are not taking it seriously. Although it was meant to attract attention, North Korea’s threat did not even become the most popular search engine term after it was announced — it lost to a “for sale” advertisement for a cosmetics store.

People believe that the peaceful ceasefire has lasted too long to backfire. They say that the South is protected by its alliances. Tae-Ri Kim, sophomore of Daejeon Foreign Language High school, asks, “Why would North Korea want to fight with us? There is nothing they would be delighted to take from us. And if the war occurs, it would be North Korea verses the United States, not us.”

Jun-seo Kim, sophomore of Daejeon Jeon-Min High school, agrees. “If the North breaks the silence, then they should be keeping a silent weapon that can annihilate all the US, China and Japan. No, the chance is too low.”

Despite the casual feelings, however, a sense of the national security is becoming more essential these days. Of course, exaggerated fear can lead to  utter chaos and people don’t have to buy bottles of water and hide in bunkers.  Yet if the war occurs, the damage would be catastrophic not only for the loser but for the winner as well.

Hello!! Nice to meet you. My name is Kim Suhyun and I live in Korea. I love baseball (I'm the big fan of Hanwha Eagles) and TVXQ. I am the student of DFLHS and my dream is to become a journalist. Dok-Do is Korea's territory!! 안녕하세요! 김수현입니다 사랑합니다. 독도는 우리땅!